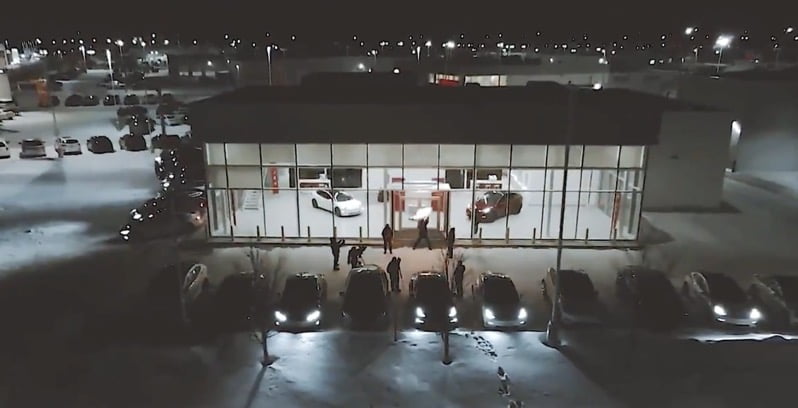 Tesla has opened its first store in Saskatoon, Saskatchewan, in Canada.

The new Tesla Store is located at 703 Melville Street, inside Stonebridge auto mall. The location was formerly a Maserati dealership.

Tyler Krause, president of the Tesla Owners Club of Saskatchewan, told CTV News, “As of today there’s 237 Teslas in Saskatchewan but up until this point there hasn’t been a store to actually pick up your Tesla.”

TESLA STORE SASKATOON IS OPEN!!! Thank you to everyone who came out to fill the parking lot. We now have 237 Teslas registered in SK!⚡⚡⚡ #yxe #tesla #saskatoon #notaflamethrower @elonmusk @tesla pic.twitter.com/X99doZgfB0

It was -19C (-2F) in Edmonton 🇨🇦, and we joined to celebrate some unofficial news. @elonmusk, are we really getting a @Tesla Service Center in Edmonton? pic.twitter.com/0mW7U1MqI6

Even frigid temperatures couldn’t stop enthusiastic Tesla owners from showing up to support the opening, with temperatures dropping to 19C (-2F).

With a store now in Saskatoon, Tesla owners can now pick up their new cars in their home province and not have to drive to Calgary, Alberta.

Tesla opened up a store in Saskatchewan before Apple could even open up a retail location in the province. Now that is a sign of things to come.