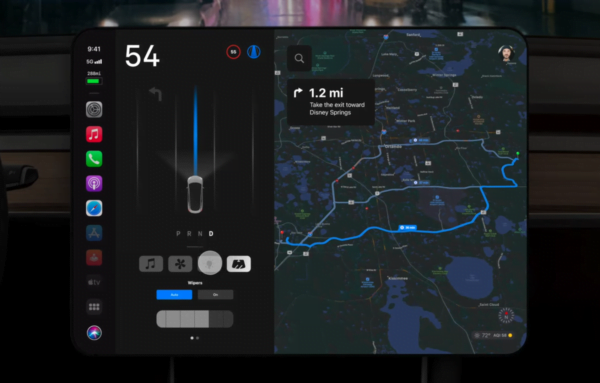 A concept design of what Apple Car’s user interface could look like. Photo/Design: John Calkins

Rumors about Apple’s upcoming electric vehicle (EV) have been making their way around internet communities for a few months now, and many are speculating as to what the car’s software design could be like.

The resulting design is sleek, and very on-brand for Apple, even though we likely won’t see an Apple Car in what many are saying a half-decade or longer.

In the design concept, Calkins laid out three separate sections of the display. From left-to-right, the concept design includes a minimal list of apps, then a column section with the driving visualizer and a quick access menu, and on the right half of the screen, the map and navigation information that you’d expect to see in a Tesla.

While the design is largely based on what Tesla’s UI looks like, it includes the added touch of Apple’s stylistic look and polish, giving it a cohesive feel with the rest of Apple’s products.