First Look: Getting In and Out of Tesla Model Y 7-Seater [VIDEO] 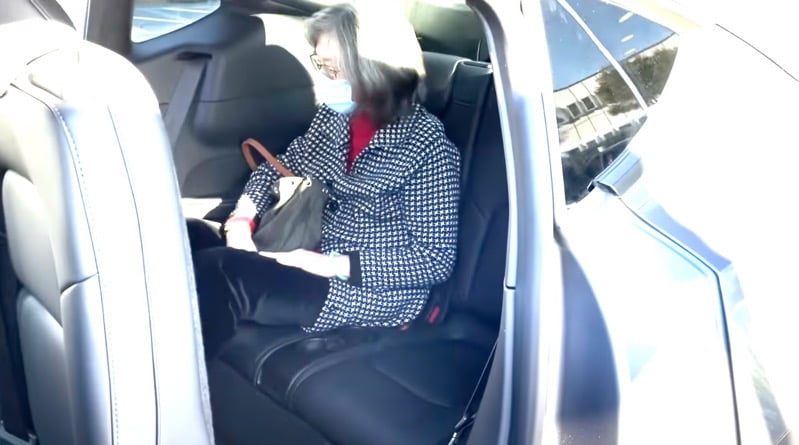 We’ve seen pictures of and short clips of Tesla’s Model Y 7-seater, which is available at select California showrooms.

Now we’re seeing one of the best videos showing how it is getting in and out of the Model Y 7-seater, plus a good view of the legroom available.

The video is from @jasonchaaang and shows a demo Model Y 7-seater with him getting into the third row, while also showing legroom when he’s in the second row. Check it out below:

“I’m 5’7” my head pretty much touched the roof, but I could make it work [and/or] slouch a bit for a shorter trip,” says Jason.

“There was surprisingly enough leg room. Also the second row could slide into 3 settings,” he adds.

Jason says he has a Model Y 7-seater on order and will share future videos later of the setup.

“The Tesla employee said the third row is for kids or shorter adults for [under] 1 hour trips,” said Jason.

Here’s a view of the third row with the cargo area up:

Looking at the legroom when the second row is pushed all the way back, the third row is a tight squeeze, unless you’re a small child. Nonetheless, it appears the third row does have decent room for shorter adults.

Here’s another video showing actually getting into the third row:

Tesla’s 7-seat option is a $3,000 USD add-on for the Model Y, available for Standard Range and Long Range versions. The option is unavailable for Performance models.