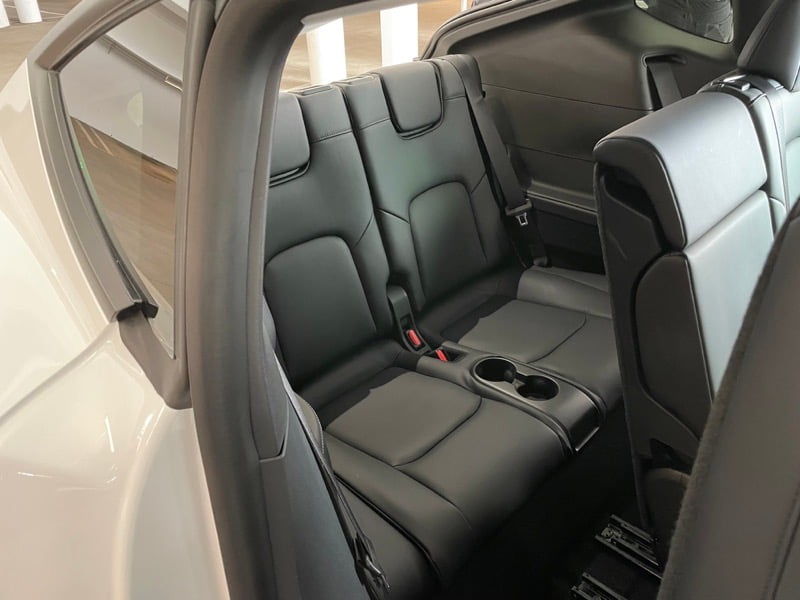 One week ago, Tesla launched its Standard Range Model Y, plus the long-awaited 7-seat option.

According to Tesla Model Club forum member ‘GOFORIT5’, the 7-seater Model Y is available at the Fashion Island Tesla Store in Newport Beach, California. The user was able to share some first impressions of the 7-seat Model Y and just how much space is available.

“I was able to sit in a 7 seater yesterday at Fashion Island Tesla Store in Newport Beach. The sales rep told me that because they were a flagship store, they received the first 7 seater on Tuesday 1/12. She took me down to the garage where the test drive vehicles are and they had one white 7 seater with black interior,” explained the TMC forum member.

As for first impressions, the 7-seat Model Y is “definitely not for adults,” explains the user, adding, “I’m only 5’7’’ and my head almost hit the glass and definitely would hit if there were the slightest bump in the road. It was really difficult for me to squeeze in and out through the second row also. That being said, this will be perfect for our 7 and 9 year olds which is exactly what we’re getting the third row for.” 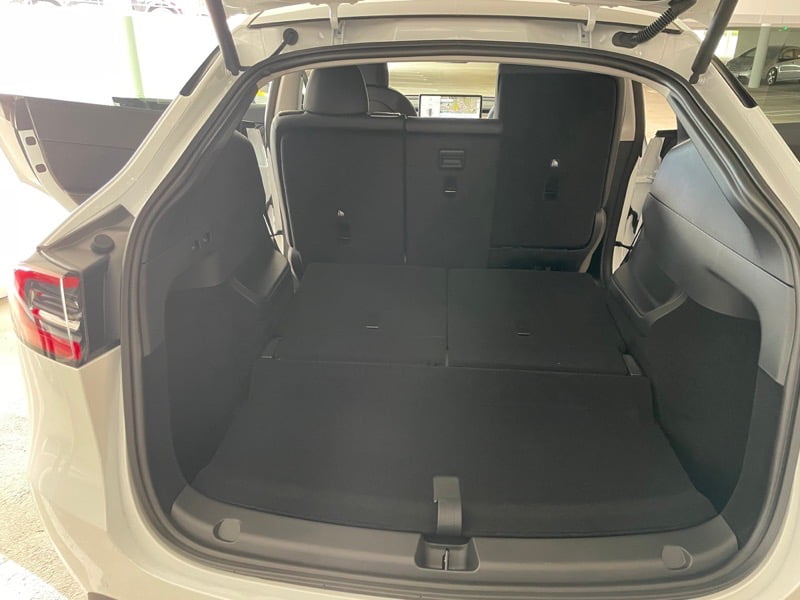 “The leg room was very narrow also – you’re basically sharing the 2nd row leg room by sliding those seats forward. The 2nd row has the traditional bar underneath that you can pull and slide into multiple positions,” added the TMC forum member

“It also has the electronically slide on the bottom/side of the seat and the shoulder electronic slide. In order to slide the seats forward when you’re standing outside the car, you only have to use one hand on the shoulder lever and it slides and then pops up hugging the front seats which is nice. I’m not sure my 7 and 9 year olds will be strong enough to do it, but they’ll figure it out,” explained GOFORIT5. 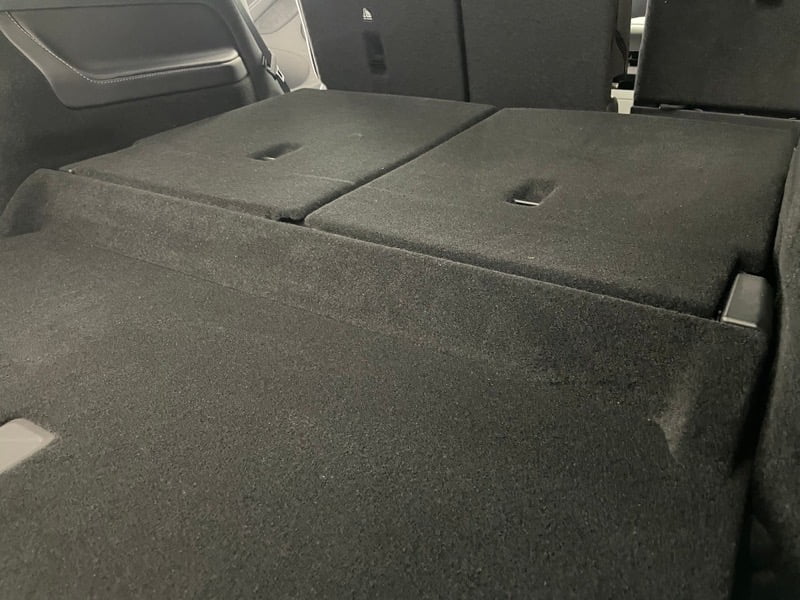 When the third row is flat, it’s roughly 5-inches higher than the rear cargo cover, so a transition piece covers the separation.

In the end, the Model Y 7-seat option is not comfortable for adults, has no AC vents but does have two USB-C charging ports and cup holders. They do not have LATCH anchors for car seats, but there are anchor hooks on the back of the seats. Tesla says the second-row seats support LATCH.

As for why the 7-seat option–a $3,000 USD add-on– isn’t available on the Model Y Performance? According to information from the Tesla rep, it’s to simply production, as most Model Y Performance customers prefer the 5-seat interior.

As most people expected, there is not a lot of room in the third row of these 7-seat Model Y configurations for adults, but for young children, it should be fine.

Electric vehicles (EVs) are becoming more popular in Europe with each passing quarter, and a new milestone has been reached with one of Tesla’s EVs at the forefront. The Tesla Model Y led Europe’s EV sales year to date through August, with 7,011 units of the electric SUV sold in the month, according to CleanTechnica. […]
Peter McGuthrie
22 hours ago

Tesla announced on Saturday it has achieved a new milestone, building 2,000 Model Y compact crossover SUVs in one week at its Gigafactory in Berlin, Germany. 2k Model Y built at Giga Berlin this week 🤘 pic.twitter.com/4u4I517wdV — Tesla (@Tesla) October 1, 2022 The milestone comes after Tesla announced it had produced 1,000 Model Y […]
Sarah Lee-Jones
4 days ago