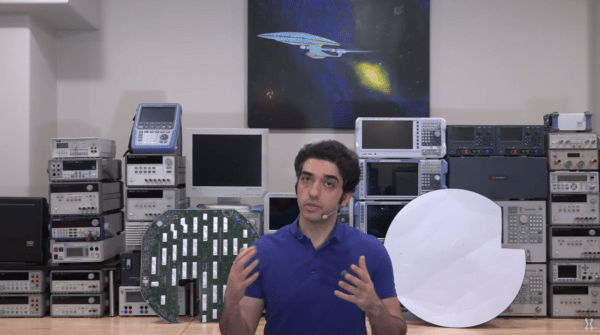 Starlink’s low-Earth orbit satellite internet is already making waves around the world in its limited beta form with its first expansion beyond North America.

In a new video uploaded Sunday by YouTube channel The Signal Path, host Shahriar breaks down SpaceX’s Starlink satellite dish layer by layer, discussing the structure’s construction in great detail. All in all, he goes through the four main layers of the dish, talking about each material used, the physics behind them, and how the hardware works.

Upon completing the discussion of the final layer, Shahriar emphasizes that, while the product is well-designed in its simplicity, it isn’t something that can be replicated easily either.

Shahriar said, “It’s a beautiful board and lots of engineering has gone into it.” He continues, “It’s indeed not something that can be put together fairly quickly.”

At any rate, Starlink’s limited beta has been wildly successful thus far, with major speed increases from other satellite internet companies, even in its infancy. Still, the best has yet to come, with Starlink’s full release still beyond the horizon.

You can watch the full Starlink dish breakdown below, courtesy of The Signal Path: