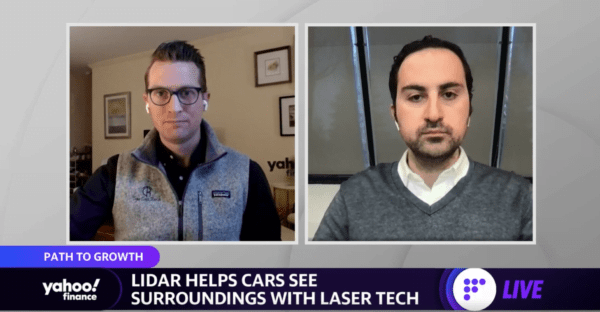 Two former Apple employees who spent years developing the iPhone, Apple Watch, and iPod, have shared their plans with new startup Aeva to develop LiDAR technology for the future of autonomous driving, as reported by Yahoo Finance.

If you happen to drive/ride/own a VW EV car in a few years, chances are it will be fitted with $QS battery and $IPV /Aeva's 4D lidar sensor…. 😉

Soroush Salehian and Mina Rezk founded Aeva with intentions to bring vehicles to the next level of autonomy, something that Salehian says can’t be done with the current technology available.

Salehian told reporters, “What’s available out there is simply not sufficient to get to the next level of autonomous driving function. I do believe there will be an instance where I think the sensing space will transition from this typical 3D LiDAR to this 4D LiDAR technology as whole.”

LiDAR is a laser Light Detection and Ranging system which competes directly with Tesla’s camera-sensing Full Self-Driving – which uses a variety of surrounding-sensing cameras and radar sensors to produce its autonomous driving system.

Aeva is planning a SPAC merger with InterPrivate Acquisition Corp, as announced in November. The deal will close within 2021’s Q1, and the company has already raised $200 million from Hong Kong hedge fund Sylebra Capital. This will leave Aeva with about $563 million in spending money right from the beginning – so there’s a good chance we’re going to see this company do great things.

As for Apple’s car plans, a recent report claimed the iPhone maker hopes to debut an autonomous car sometime in 2024, but one analyst says that timeline is ambitious and any vehicle will come in 2025 to 2027 at the earliest.

Tesla has left Volkswagen in a tough spot on the veteran automaker’s home turf after recently dropping the prices of its Model 3 and Model Y electric vehicles (EVs) by up to 16.8% in Germany. The discounts, which Tesla said were a result of “normalizing” inflation, have led to increased demand for and interest in […]
Nehal Malik
24 hours ago