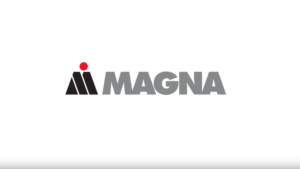 Autonomous driving is here to stay, and while Tesla’s currently the only one on the road with the active technology, several other companies are looking to follow suit.

On Monday, Canada-based automaker Magna International announced it would be developing an Advanced Driver Assistance System (ADAS) with Fisker Inc. for its first release in 2022, according to Reuters.

Fisker’s Ocean SUV, set for release in late 2022, is Magna’s most recent attempt at offering technology, engineering, and manufacturing expertise to automakers looking to add ADAS.

Fisker’s increased ties with Magna will give the company a quick and low-cost option for developing ADAS. As a handful of companies are beginning to develop their own semi-autonomous driving systems, Fisker may have a shot at being one of the early birds if it can keep to its 2022 target.

Chief Executive Henrik Fisker believes the partnership with Magna is a necessary one, due to the time constraints of a changing world.

Fisker said, “In normal supplier relations you can spend a year negotiating with everyone.” He continued, “We don’t have time.”

Fisker has also said that the first model will not use Lidar, a laser light system measuring distances between the car and others. There have also been rumors that Magna is doing talks with Apple, though the company declined to address the speculation.

In any case, the next few decades will see incredible new semi-autonomous (and hopefully fully autonomous!) driving systems, as well as the necessary adoption of the public of zero-emissions vehicles.