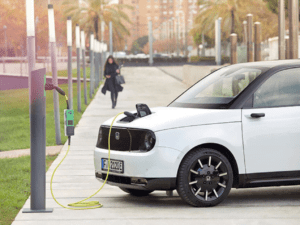 As one might expect, the world is slowly, but surely, making a transition from traditional gas-powered cars to electric vehicles (EVs).

In a survey released by Consumer Reports, the publication found that out of 3,392 American adults with driver’s licenses, a whopping 71 percent said they would consider purchasing an EV in the future.

In addition, nearly a third of those respondents said they planned to buy an EV for their next vehicle purchase, a major indicator of the average auto consumer shifting towards zero-emission transportation.

To meet the climate crisis, we must put millions of new electric vehicles on America’s roads. It's time to build public charging infrastructure powered by clean energy and make it available in all parts of this country.

Chris Harto, senior sustainability policy analyst at Consumer Reports and author of a report on the costs of EVs versus gas cars, thinks that switching to an EV now could help save customers money down the road.

Harto said, “Consumers can save a lot of money in the long run by switching to an EV.” He continued, “We conducted this survey to learn more about people’s familiarity with EVs, and their attitudes regarding them, to better understand what might be holding them back from buying one.”

While the world transitions to EVs over the next few decades, it could spell the end for luxury brands and other legacy automakers – especially for companies that aren’t embracing zero-emission transportation.

Tesla has left Volkswagen in a tough spot on the veteran automaker’s home turf after recently dropping the prices of its Model 3 and Model Y electric vehicles (EVs) by up to 16.8% in Germany. The discounts, which Tesla said were a result of “normalizing” inflation, have led to increased demand for and interest in […]
Nehal Malik
24 hours ago