This extra weight of the Model 3 was put to the test in a recent accident captured on camera. According to a post on Reddit, a Model 3 was sideswiped by a Nissan driver on the highway somewhere in the United States.

According to u/rorlover11, their Model 3 was heading down the highway with Autopilot engaged. A Nissan driver can be seen speeding up to the Tesla, then switching lanes at the last minute, only to then sideswipe the electric vehicle. The hard impact sends the Nissan into a spin, while the Model 3 remains unfazed and continues on its merry way.

Check out the incredible video captured below:

What if our cars ᵏᶦˢˢᵉᵈ on the highway ?? ? from r/IdiotsInCars

The Model 3 owner later explained, “Hi, I am the friend who owns the Tesla. Some more details: The police report confirms there was nothing but a young and distracted driver. No road rage or attempted murder—hopefully they’ve learned their lesson. Here are more photos of the accident… which becamea 6+ car pileup.”

According to the Tesla owner, “the debris on the road and the location of the disabled vehicle caused other drivers (who also might have been going too fast) to get into some fender benders.”

Check out the damage the Nissan took below, as captured by the Model 3 owner: 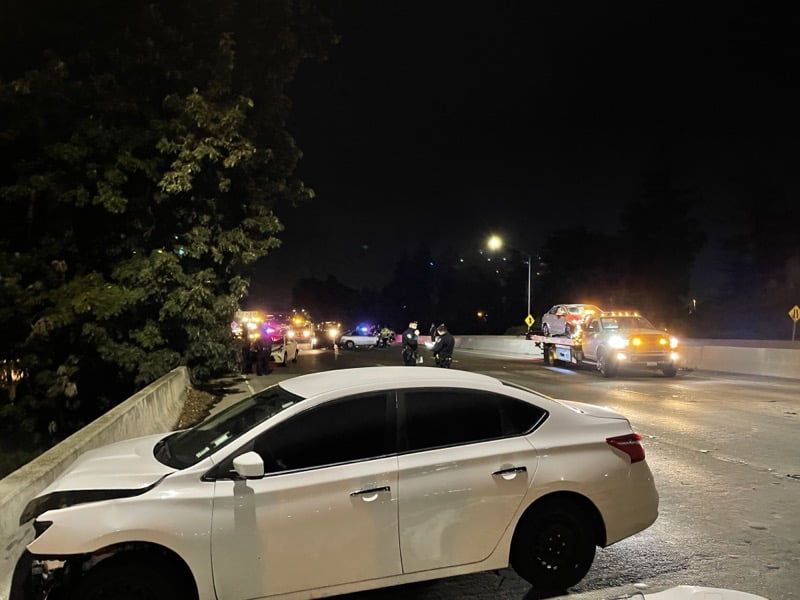 …and here’s the damage sustained by the Model 3:

“They appear to have normal insurance. I’m dealing with my Tesla Insurance [at the moment] (although it’s really a front for Crawford and Company) and so far I am not impressed,” added the Model 3 owner.

When asked about what will happen to the young distracted driver, the Tesla owner responded with, “I think between having a totaled car, dangerous driving citation, and a hefty insurance spike there is enough for the other driver to worry about. I’m just glad they had insurance to begin with.”

That Model 3 took the hit like it was a tank, while the Nissan went flying. This just shows how a Tesla Model 3 is one of the safest cars on the road.