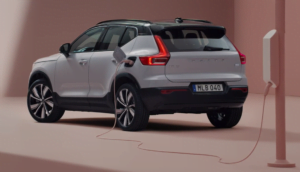 In many ways, Volvo’s XC40 is a reasonable comparison to the acclaimed Tesla Model Y. But despite its versatility and sheer size, the electric vehicle (EV) isn’t quite as polished as the Model Y for just a few specific reasons.

The Volvo XC40 Recharge falls significantly short of the Model Y when it comes to range, as reported by Green Car Reports. While the XC40 is rated for 208 miles, the Tesla Model Y Long Range All-Wheel Drive is rated for 316 miles, which is a significant advantage for the latter.

Additionally, Tesla is expected to release a rear-wheel drive edition of its Model Y which is planned to have an even greater range.

Other vehicles like the Volkswagen ID.4 and the Polestar 2 were also rated higher than the XC40 Recharge, landing ranges of 250 and 233 miles, respectively.

The day of the XC40 Recharge’s release last year, Håkan Samuelsson, chief executive at Volvo said, “We have said this several times before: for Volvo Cars, the future is electric.” He continued, “Today we take a major new step in that direction with the launch of our fully electric XC40 and the Recharge car line.”

Volvo’s EV is planned to launch in 2021, and hopefully, that will be soon enough for the company to keep up with competing EV companies. Still, the release has good implications for the future as conventional car companies begin looking to make the leap into electric engines.