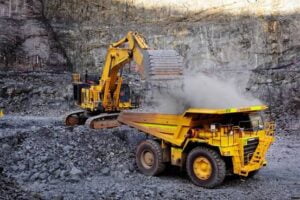 Mark Travers, Executive Director of base metals at Brazilian mining company Vale SA, told Reuters that the company is currently talking to Tesla and its competitors in the EV industry to try and strike deals with them for the nickel it is currently mining in Canada.

Nickel is the second most important metal used in making batteries for electric vehicles, the first being cobalt. Nickel is used in making the cathode for the battery — it makes batteries energy-dense and capable of holding more charge.

The rise in electric vehicle production and demand, coupled with how essential nickel is to making batteries, has analysts warning of possible supply shortages of the metal in the near future. In an attempt to prevent a nickel drought, Tesla CEO Elon Musk offered handsome contracts to companies that could mine nickel in a manner that’s hospitable to the environment.

Vale SA’s operations in Canada stretch into three provinces. The company is also in the process of turning its Voisey’s Bay Mine site into an underground venture predicted to produce approximately 40,000 tonnes of nickel-in-concentrate a year.

Vale has also spent around $2 billion on minimizing carbon emissions from its mining activities. The money went into projects like heat recovery, fuel switching, and electrification of underground vehicles throughout its mining sites.

Tesla has a fairly complicated history with metal miners, being hot one day and being ice cold the next. That being the case, Vale SA is also in talks with other big names in the industry.

When Tesla was asked about the authenticity of these “talks”, the company made no comment. When Mark Travers was asked if Vale SA had sat down with Tesla yet, however, he said, “Yes, absolutely.”

Tesla CEO Elon Musk recently met with French President Emmanuel Macron to discuss the “manufacturing of electric vehicles and batteries,” among other things. “In line with our ambition for decarbonizing and reindustrializing France and Europe, with @elonmusk we exchanged on future green industrial projects, such as manufacturing of electric vehicles and batteries,” President Macron said […]
Nehal Malik
38 mins ago