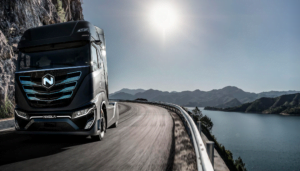 In the latest on Nikola Motor Company (NKLA) being called a fraud by Hindenburg Research, Hindenburg has offered its rebuttal to Nikola’s response, and it’s pretty close to what you might expect.

On Tuesday, Hindenburg followed up to both its initial claims that Nikola was a fraud of a company, and to Nikola’s response intending to set the record straight. In Hindenburg’s most recent response, they’re calling Nikola’s rebuttal a “tacit admission of securities fraud,” as reported by Market Watch.

My popcorns are ready🤣

In Nikola’s response to the initial claims, the company admitted that it both used third-party equipment in a promotional video and that the truck in the video was simply rolled downhill, rather than driven.

Users on Twitter reflected a range of opinions, though many were on the same page as shareholders seemed to be – most encouraged dropping Nikola or joined in calling the company fraudulent.

While the company responded saying that it never claimed the tactics or parts used in the video were to be used in production (i.e. that the truck will actually be able to propel itself when delivered, unlike the one in the video which used only gravity), many found the admission of false depictions to be supportive of the claims of fraud.

People on Twitter are attempting the #NikolaChallenge, showing how their vehicles can head down this same stretch of road as Nikola’s truck, reaching speeds of up to 48 mph, as shown by @Nick_P3D below:

Will return w/ Model 3 soon. Went off-roading afterward this round.