What’s the easiest way to unlock your Tesla? Sure, you could ‘slum’ it with a Tesla keycard or a fob, but if you want to up your game, check out the following Casio watch mod from Mattia Dal Ben from Udine, Italy.

Dal Ben has fully documented (via Reddit) the process of turning a classic Casio F-91W watch (on sale for $14 on Amazon) into a key for his Tesla Model 3 with some 3D printing.

The process involves “embedding a J3A040-CL chip and a custom antenna into a modified Casio F-91W for accessing my Tesla Model 3,” explains Dal Ben. 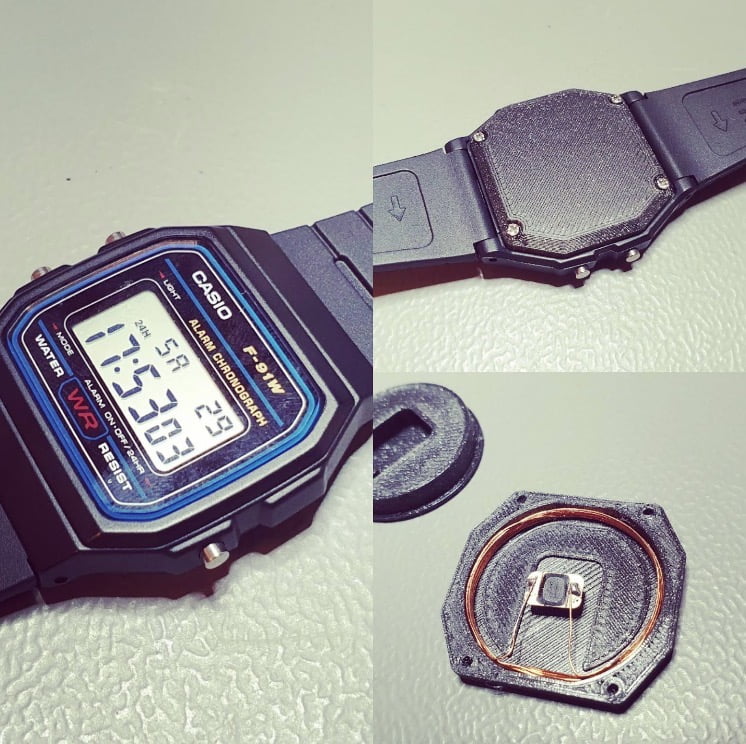 Basically, Dal Ben takes an NFC chip and puts it into a custom 3D-printed backplate of his Casio watch. The whole process required him to “hand build and fine tune the chip antenna using a VNA and a little patience.”

“I’m quite happy with the results. The NFC communication is quite good and usable even in a pinch (more than taking out my phone or the key card from my wallet for sure) and the watch is comfortable to wear almost as it was before,” says Dal Ben.

To ensure the isolated the wire to ensure proper conductivity, Dal Ben explains, “I used 0.25 thick enameled copper wire so the only conductive parts are the terminals going to the chip (which I scraped with a knife). I only needed to add some electrical tape one the chip area to avoid short and fix it in place.”

You can see a video of the Casio Tesla key working on his Model 3 below. All he has to do is bring the watch up to the center pillar on his Model 3 and you see the car unlock:

Essentially we’ve seen similar mods like this before with “Tesla rings” available on Amazon, but in this case you can just wear a watch and not a random ring on your finger.

“The fact that the mod is completely hidden is a big plus to me. You wouldn’t know the watch act as a key from the look alone, and once worn the chassis modifications can’t be seen,” says Dal Ben.

Talk about a pretty cool project. Apple needs to bring Tesla on board with its Car Key feature, to allow iPhone and Apple Watch owners to use their devices as keys.