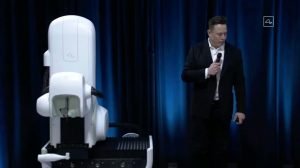 The modern world is strange, and there’s no way around it – Neuralink is a great example of today’s craziest if you haven’t heard of them before.

Neuralink released its summer 2020 progress update Friday, which depicts an updated deep brain implant developed by the neural engineering company which supposedly can be applied minimally-invasively, and in under an hour, according to the company’s owner Elon Musk.

The update included a handful of stomach-churning, exciting new developments, including a short demonstration using live pigs which depicted how the sleek, new version of the Neuralink device might work and read brain activity in humans. Both pigs had had the implants installed for over two months, the latter of which had had the implant installed and removed, with seemingly no issues.

Musk shared that Neuralink was trying to “solve important brain and spine problems with a seamlessly implanted device.”

Citing the reasoning for the progress update, Musk said “The primary purpose of this is actually recruiting,” He continued, “The main purpose is to convince great people to come work at Neuralink.”

Whatever Neuralink brings to the public over the next few decades, it’s certainly sure to be interesting, mind-bending, and incredible.

Neuralink is all set to be the latest of Elon Musk’s companies to relocate its headquarters to Texas — reports the Austin American-Statesman. According to site plans filed with Travis County, Neuralink is developing a multi-building campus on a 37-acre property located just 20 minutes from Tesla’s Austin Gigafactory, where Musk currently spends the bulk […]
Nehal Malik
3 weeks ago

Elon Musk’s brain implant company Neuralink has been hard at work and plans to share some of its newest updates in the coming months. Neuralink is set to hold a progress update show and tell on October 31, according to a tweet from @ElonMusk on Monday morning. The news comes after reports of Musk and […]
Peter McGuthrie
1 month ago

Elon Musk has offered to invest in Synchron, a brain chip implant developer that recently beat Musk’s Neuralink to human trials in the U.S. — reports Reuters. According to the publication’s sources, Musk has approached Synchron founder and CEO Thomas Oxley about a potential investment in the Neuralink competitor. Whether Musk simply wants to invest […]
Nehal Malik
1 month ago