Looks like Tesla’s Model 3 in China will be getting a factory chrome delete option, following in the footsteps of the Model Y.

Tesla recently submitted a filing with the Ministry of Industry and Information Technology, indicating it was changing the exterior of the Model 3, reports Tesmanian. 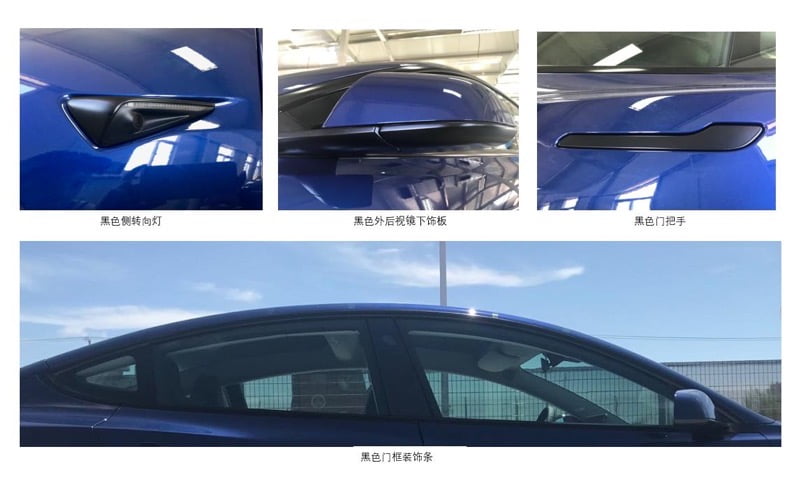 Within the filing, a photo shows where chrome delete would occur on the Model 3, starting with its side turn signal cameras, bottom of the side mirrors, door handles and the side trim.

Tesla will most likely see its Model 3 with factory chrome delete occur at its Gigafactory Shanghai. It also signals a possible eventuality of the chrome delete for Model 3 coming to North America.

Tesla owners have been paying for aftermarket chrome delete mods, but eventually, this looks like it will become a standalone factory option, further merging Model 3 and Model Y parts. The Model Y has chrome delete across all of its line up.

Click here to shop Tesmanian.com and save 10% off site-wide with coupon code TESLANORTH10.