Tesla looks to be continuing the evolution of its vehicle design, as its Model Y compact SUV now has some slightly modified tail lights.

The user video shows the new updated Model Y tail light with a casing where the red appears to be brighter, while the turn signal now flashes in amber instead of red, as seen below: 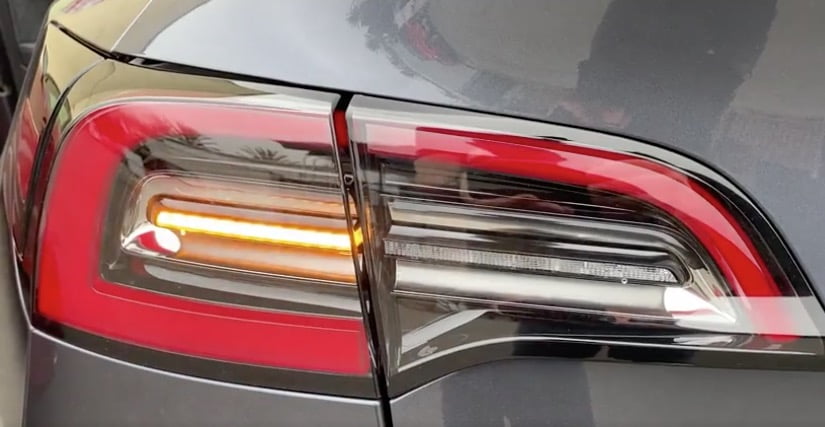 Some have speculated the change might be to meet European Union standards for amber turn signals instead of red. The Model Y is expected to be produced at Giga Berlin.

You can check out the video below in 720p and see the differences yourself:

Tesla also recently redesigned its frunk inside the Model 3, making it slightly smaller, adding speculation a heat pump may make its way into future iterations of the electric vehicle.

Update: Here’s a new video from the same Reddit user showing the Model Y tail lights illuminated. The old version of this on the Model Y had the brake light as the inner LED bar, same as the turn signal on U.S. cars. But now, you can see the brake light is the whole outer part of the housing, looking like the letter “C”, while the LED bar inside for the turn signal is now amber. The more visible brake light will definitely make it easier for other drivers to see new Model Y builds now, to go with the amber turn signal colour.

Here’s another video of /Cocoa_Linguine’s Model Y and the new tail lights at night: