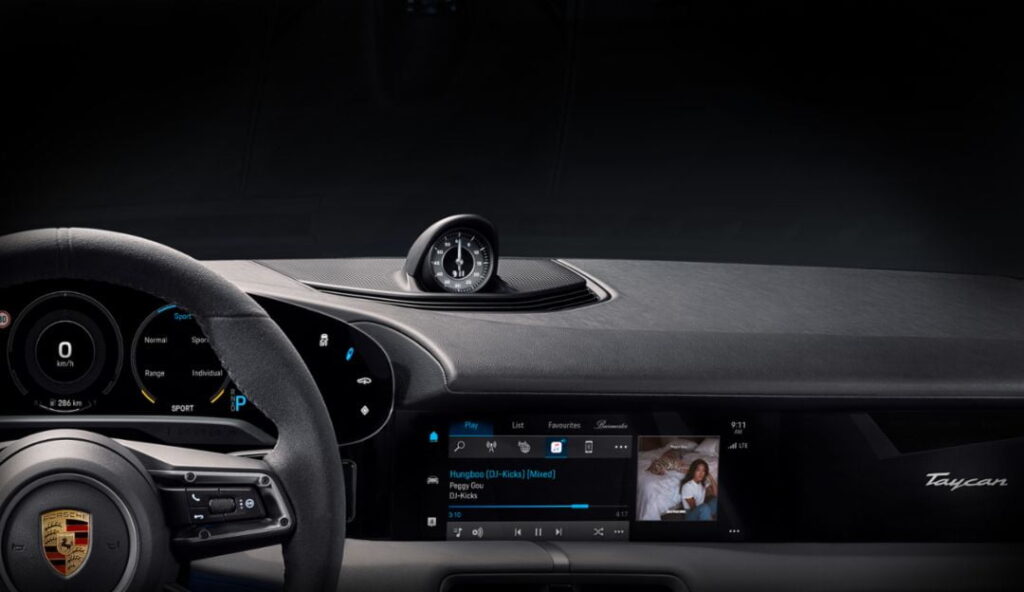 Listening to music and driving is one of the most quintessential pairings out there. In the age of streaming, we have access to a world’s worth of music inside our cars, and some companies are making it even easier to listen to the music we love.

According to a republished press release by Porsche (the release was originally from 2019 but accidentally published again with today’s date and reverted?), the car company reiterates Apple Music as the stock music interface in the fully electric Porsche Taycan, no smartphone required. The Taycan is the first EV from the German automaker.

The Taycan was released earlier this year and is the first vehicle to have Apple Music as its stock streaming service. Porsche will offer 6-months of free Apple Music and three years of free cellular streaming. Apple CarPlay is also included in the Porsche Taycan.

Apple Music to be Fully Integrated in the Porsche Taycan. I Hate Everything.

Apple Music Vice President Oliver Schusser said, “Since Apple Music launched, we’ve been working to bring our customers the best music experience possible in the car, and Porsche has been on the cutting edge in this space.” He continued, “Porsche builds sports cars at the highest level and today, with the introduction of the Taycan, customers now can choose Apple Music built-in seamlessly to find the perfect soundtrack for every drive.”

With the first integration of Apple Music into a car just beyond reach, we’re now entering into a period where streaming apps may become commonplace inside cars, and certainly we’ll see a growing number of electric cars out on the road.

As for the 2021 Porsche Taycan, new options will include a color head-up display, plus the company’s Smartlift function to control your ride height, while SiriusXM 360L will be added to media options.