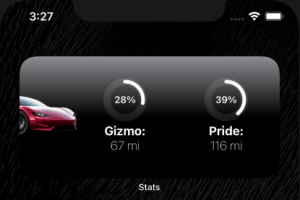 Yesterday, the creator of the Stats App for Tesla posted on Reddit. They released a photo about the new iOS 14 Stats App widget, which is currently a beta version.

They later posted an updated version of the app, including an ‘Estimated Range’ counter. The image below also shows the app’s full iOS interface.

When another Redditor asked about whether these widgets would drain battery life, the creator of the app responded:

“It depends on the design on the HomeWidget. I designed the widget for Stats so that it has zero effect on battery of iPhone and Tesla (because it never queries the car and uses the information from the app). The widget itself does not do any query.”