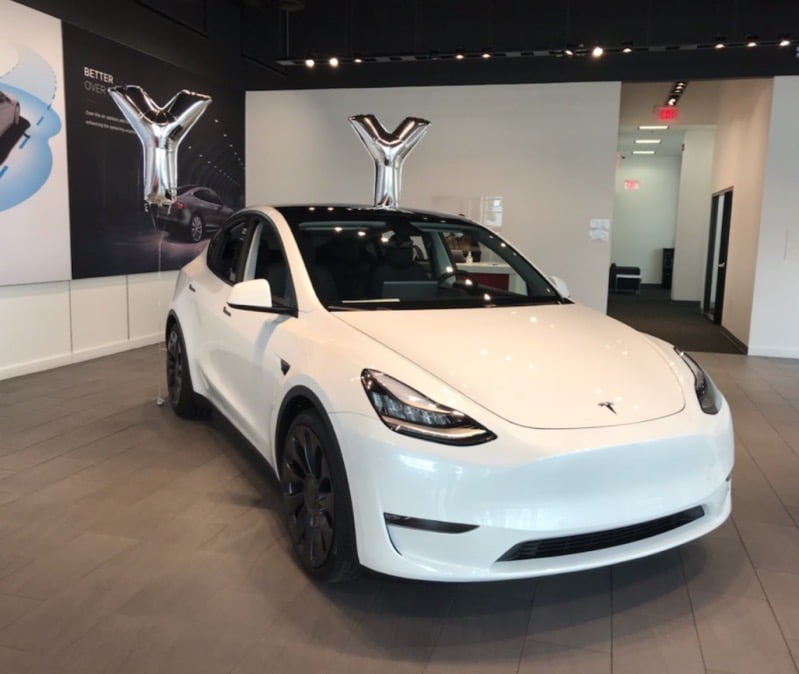 After delivering the first Tesla Model Y in Canada in Vancouver, British Columbia, this week, you can now visit the new electric SUV in person at local showrooms in the city.

The Tesla stores in Kitsilano on West 4th and also at Park Royal in West Vancouver now have the Tesla Model Y on display, made available to all as of Friday. Visitors to the West 4th Tesla store can sit in a white Model Y Performance.

Some of the first images were shared by Paul Carter, the president of the Tesla Owners Club of British Columbia:

As for the Park Royal Tesla Store, a Model Y is also on display, a shown in the image below taken by Michelle H. From the Tesla Model Y Canadian Group on Facebook: 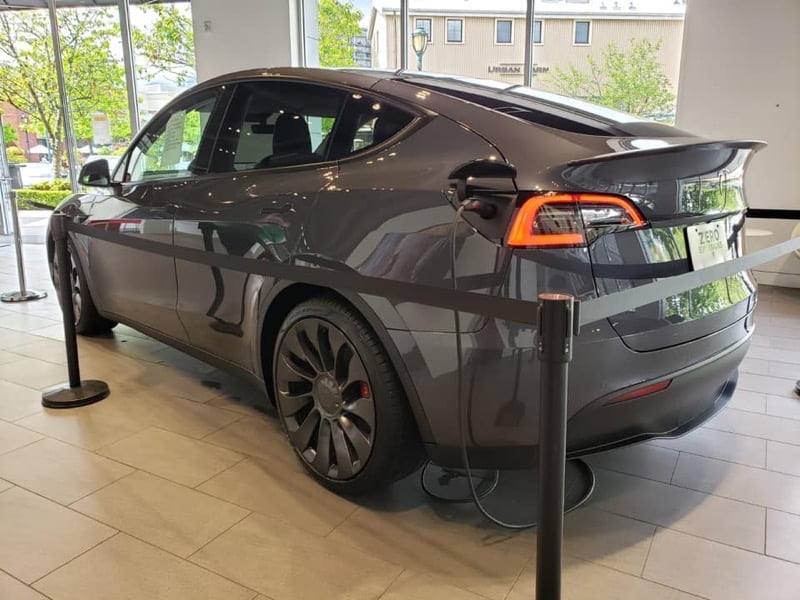 This midnight silver Tesla Model Y at the time was roped off, so it’s unclear whether visitors will be able to check out the vehicle as of writing, but that may soon change.

The first blue metallic Tesla Model Y was delivered earlier this week and was already spotted out in the streets in South Surrey in the Lower Mainland, according to an image shared by Rob E. within the same Tesla Model Y Facebook group:

The Model Y above appears to be the same one delivered on Tuesday at the Tesla store on West 4th, earlier this week.

More Canadian Tesla Model Y deliveries are set to happen soon, as many reservations are getting calls and emails from Tesla advisors on next steps.

Update June 13: Looks like the Model Y at the West 4th Tesla store in Kitsilano is no longer accessible to visitors, according to @GlenMah on Twitter. The change is most likely due to the ongoing COVID-19 pandemic and the car would need to be frequently sanitized if people were able to go in and out all day:

Tesla North Deals – Finding you the best deals on Tesla accessories and more! Follow us on Twitter @RealTeslaNorth