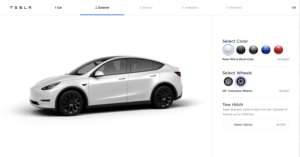 Tesla Inc. vehicles possess batteries with impressive qualities. In fact, the company has been making waves as of late due to some of its recent battery announcements. The electric vehicle maker also filed for a patent that may have some tremendous impacts on the electric vehicle industry as a whole. But, the company also relies on a Canadian research lab to assist with its breakthroughs.

In a new piece reported by Reuters, Tesla’s approach to battery research unveils a unique connection with researchers at Dalhousie University. The university, located in Halifax, Nova Scotia, received funds from Tesla in 2016 in order to spearhead the company’s battery research and development.

The leading scientist of the team, Jeff Dahn, presented some of his team’s findings at a talk in Vancouver earlier in the year. Dahn has a storied history in the world of lithium-ion batteries. He began working with them in the ’70s. Since then, he’s made some tremendous headway, a lot of which Tesla owes a great deal of gratitude.

Tesla’s newest batteries aim to further reduce the gap between electric vehicles and standard gasoline-powered vehicles. In fact, they have plans to unveil a revolutionary new “million mile” battery that may fundamentally alter views of transportation the world over.

Tutorial – How to Adjust the Mirrors in Tesla Model Y

There’s Going to Be a New Tesla Factory in Austin, Texas: Report