BMW i8 Replacement Cancelled in Light of Coronavirus 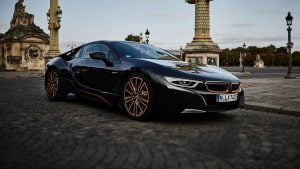 image via Car and Driver

The coronavirus outbreak continues to cause trouble for electric vehicle manufacturers around the world. While companies such as Tesla Inc. have been the focus of many coronavirus-related news stories as of late, BMW has just announced some troubling news of their own. Due to complications caused by the coronavirus, BMW will not be releasing the BMW i8.

The company already showed some signs of weakness earlier in the year when they canceled the U.S. release of their electric SUV, the BMW iX3. As BMW looks to conserve its cash and pivot for the future, it appears the release of the BMW i8 was low on the company’s list of priorities. The current global pandemic and economic downturn is not exactly friendly to luxury purchases such as electric sport cars. Because the i8 fits that description, BMW made the decision to hold off on its release. There goes another ‘Tesla killer’.