Tesla Will Use its GPS Data to Improve Smart Summon in Parking Lots: Musk 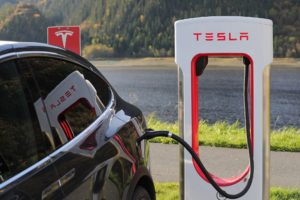 Tesla Inc. CEO Elon Musk likes to stay active on Twitter. In the past he’s used the social media platform to make important announcements, address owners’ questions, and post some of his original music. In a recent tweet from the eccentric CEO, Musk confirmed that Tesla plans to build its own map system. How will they do this? Using the data they’ve gathered from their very own fleet cars.

A recent tweet from Third Row Tesla Podcast speculated on the possibility of Tesla using its GPS points. “Theoretically it should be possible to improve smart summon’s routing algorithms if Tesla had their own database of GPS points and driving data for Teslas in parking lots…” Elon Musk then replied confirming the speculation, “This will happen.”

While Twitter isn’t always a reputable source for confirmed news, there’s no reason to think Musk’s plan is outlandish. He’s made statements on Twitter many times, only for his words to be confirmed with new products and updates. Furthermore, Tesla certainly has the infrastructure and data in place to generate its own map systems. With more Supercharger stations being installed and a growing consumer base, it’s only a matter of time before the company makes use of its GPS data.