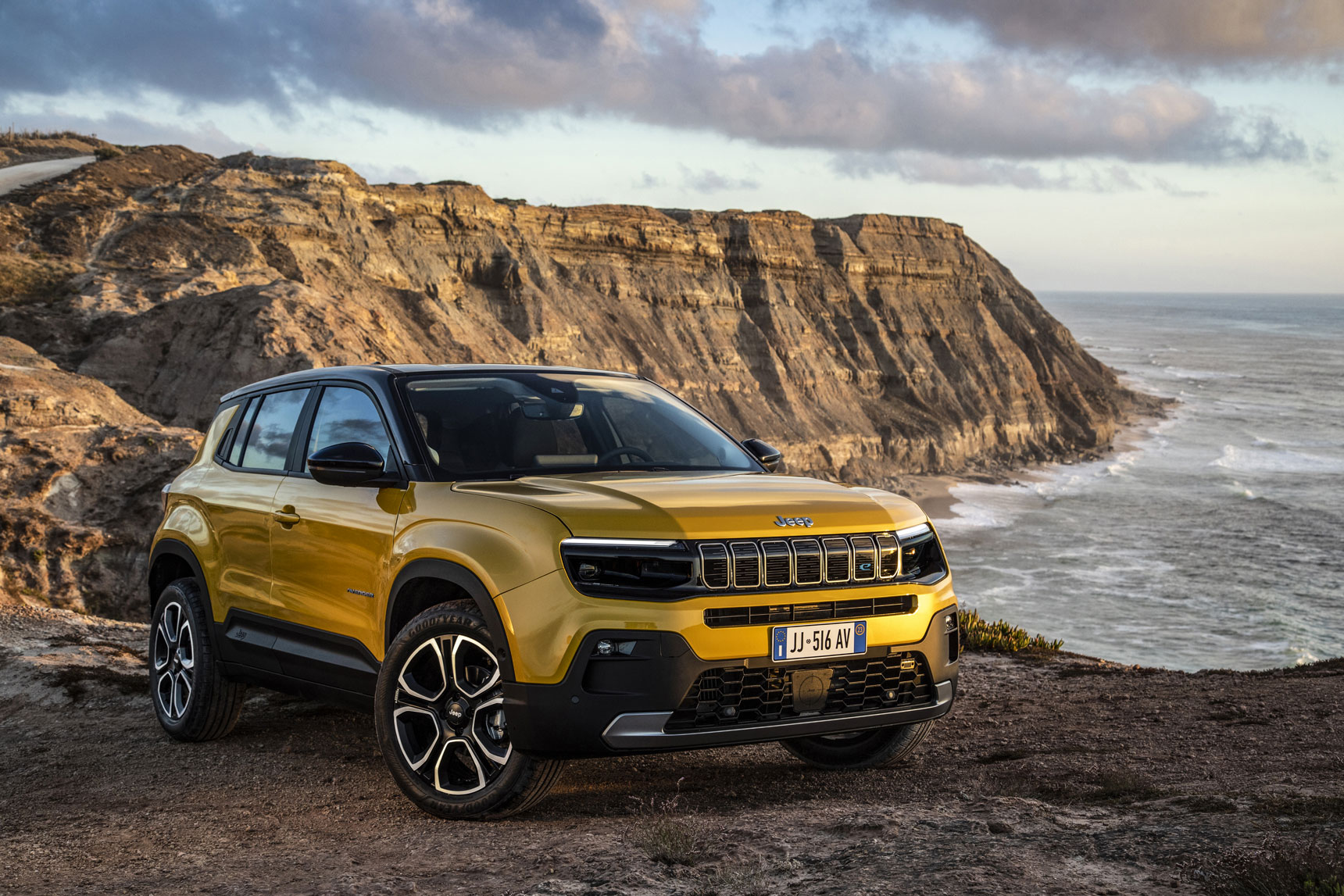 Jeep revealed multiple new electric SUVs on Thursday, as detailed in a press release from parent company Stellantis and its online 4xe day event. In the release, Jeep shared a video with images of the Recon fully-electric SUV and the Wagoneer S. The automaker also teased the upcoming Avenger model, which is set to debut […]
Peter McGuthrie
3 weeks ago 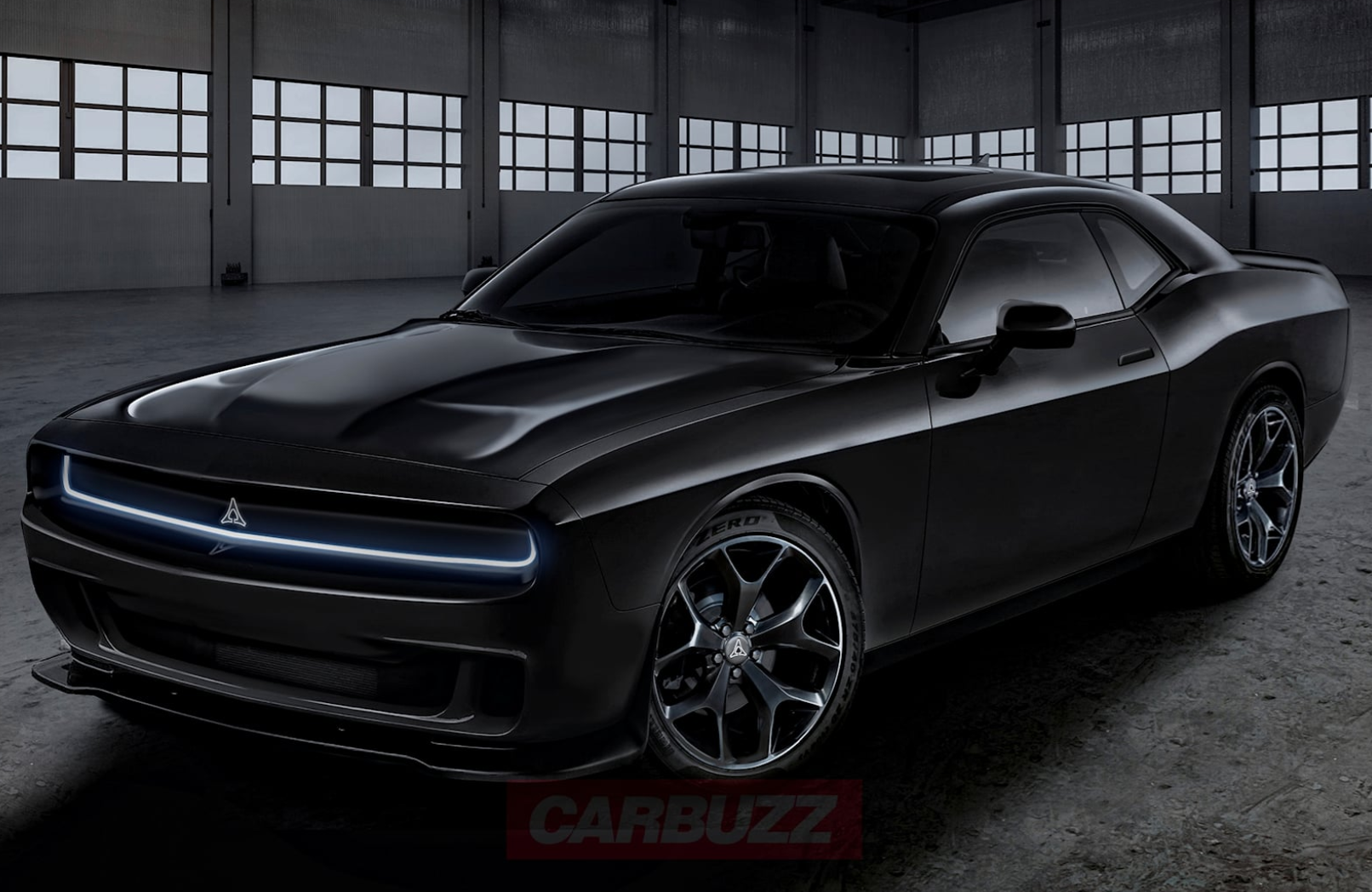 Dodge plans to share details about its electrified future during the Dodge Speed Week event in August, revealing at least three separate muscle cars at the event. The Speed Week event will take place on Detroit’s famed Woodward Avenue from August 12 and 20, will supposedly hold enough news to fill an entire calendar year, […]
Peter McGuthrie
3 months ago

Following news that Stellantis plans to spend $2.79 billion on retooling Canadian plants to produce zero-emission vehicles, the company has officially dedicated its Windsor plant in Ontario, Canada to work on an upcoming platform for the tech. Stellantis will use its Windsor, Ontario plant to produce electric vehicles (EVs) using the automaker’s new STLA Large […]
Peter McGuthrie
4 months ago

Stellantis and Samsung SDI on Tuesday announced plans to build a $2.5 billion USD electric vehicle (EV) battery factory in Kokomo, Indiana. The factory is expected to be up and running by 2025. It will be located near Stellantis’ existing engine, casting, and transmission plants in the region, where it is investing another $229 million […]
Nehal Malik
4 months ago

Just a few months after Stellantis and LG Energy announced plans to build an electric vehicle (EV) battery factory in Ontario, the automaker has doubled down on plans to establish production in the province. Stellantis announced plans to invest $3.6 billion CAD ($2.79 billion USD) into its Brampton and Windsor, Ontario plants to outfit them […]
Peter McGuthrie
5 months ago

As previously rumored, Stellantis N.V. and LG Energy Solution will be constructing a new electric vehicle battery plant in Canada. The new EV battery plant will be constructed in Windsor, Ontario, with the joint venture to cost $4.1 billion USD. The facility will supply lithium-ion batteries for Stellantis factories in Windsor and across North America, […]
Sarah Lee-Jones
6 months ago

A new battery plant from Stellantis and LG Energy Solution will be built in Ontario, Canada, reports Automotive News. An unnamed source says an official announcement will likely take place next week on Wednesday, March 23. The new electric vehicle battery plant for Ontario was due to the Canadian government’s clean energy incentives for businesses. […]
Sarah Lee-Jones
6 months ago

Tesla’s Direct Sales Model Recognized by Volkswagen, Copied by Others

Automakers are moving toward a direct sales business model like the one Tesla uses amidst a transition to electric vehicles (EVs). Ford, Volkswagen, Stellantis and others are considering how to shift their businesses to become as valuable as Tesla’s, with many moving towards a direct sales model, according to a report from The Wall Street […]
Peter McGuthrie
7 months ago

Stellantis is expecting double-digit returns through 2030 on its move to electric vehicles (EVs), as detailed in its strategic plan Dare Forward 2030 by the company’s head in a recent presentation. Stellantis plans to target 300 billion euros ($335 billion USD) in revenue per year by the decade’s end as part of Dare Forward 2030, […]
Zach Visconti
7 months ago 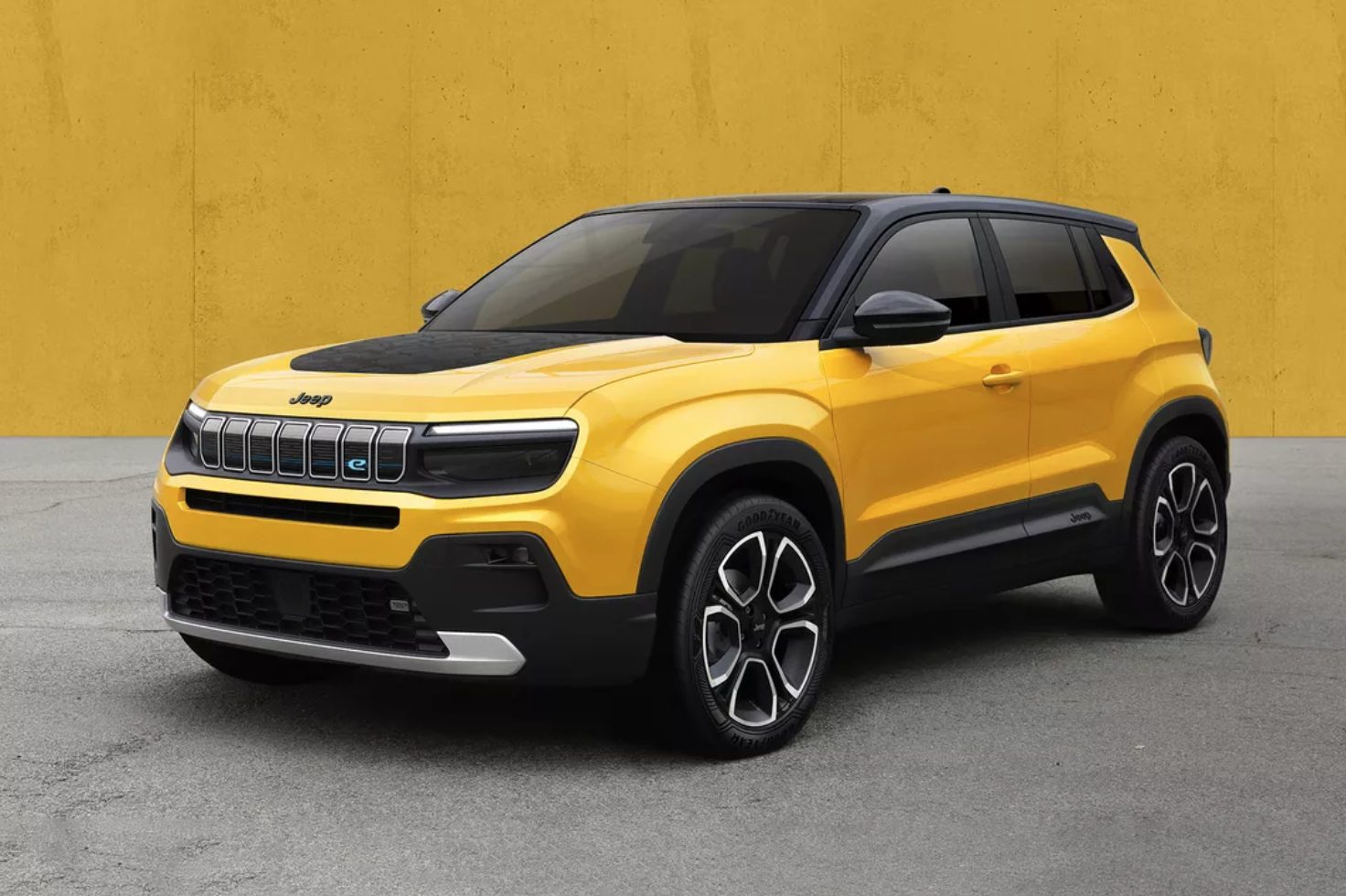 Following news of the first Dodge and Jeep electric vehicles (EVs) being set to launch in 2022-2023, parent company Stellantis has shared first shots of an upcoming electric SUV. Jeep shared photos of its first battery-electric crossover SUV on Tuesday, which the company says is set to launch in Europe in the first half of […]
Peter McGuthrie
7 months ago 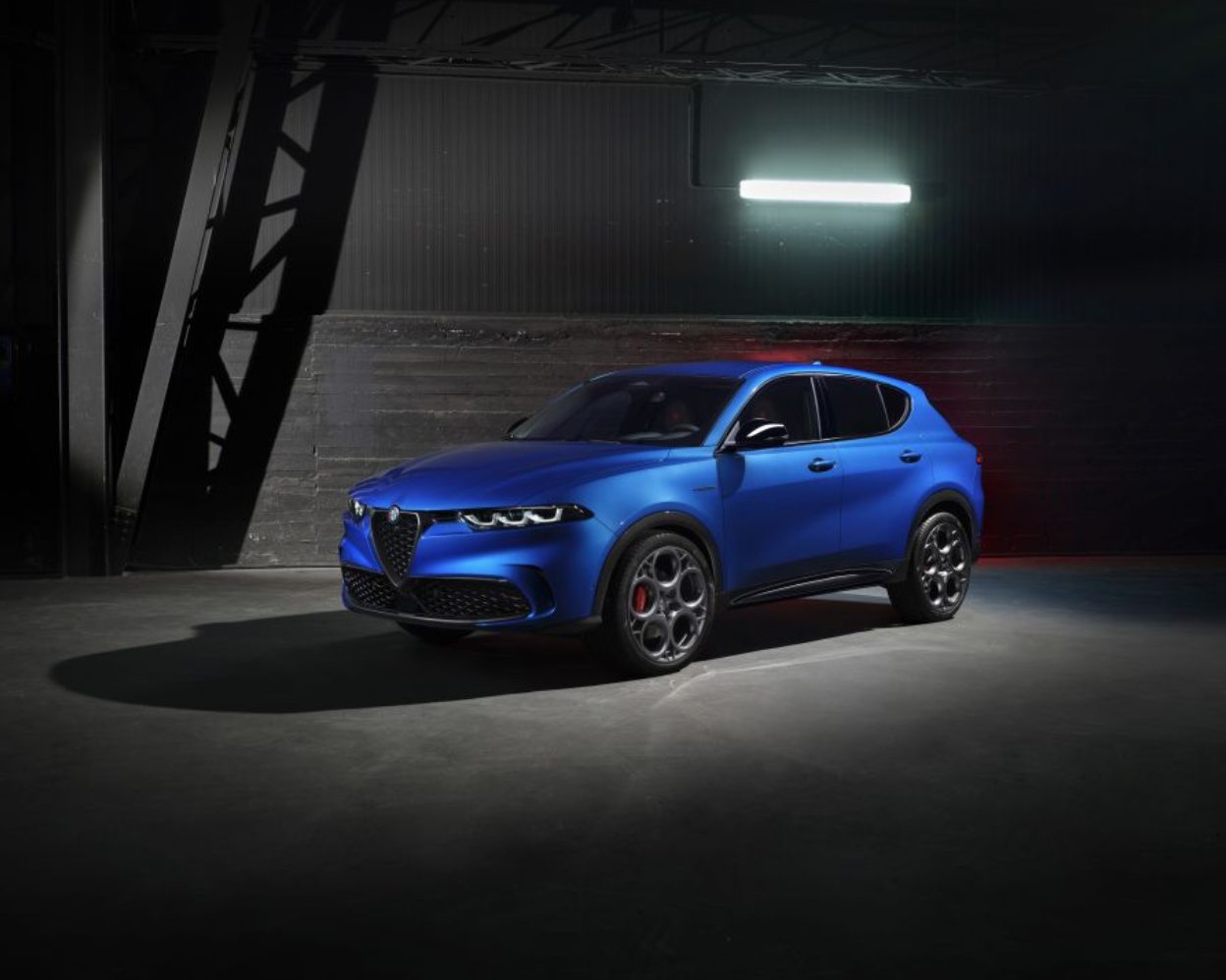 Alfa Romeo has unveiled the Tonale hybrid, a partially-electric SUV and the company’s first move to electrify its lineup, according to a press release from parent company Stellantis on Tuesday. The Alfa Romeo Tonale is set to offer two variants: a hybrid and a plugin hybrid Q4, based on a 48-volt hybrid propulsion system. Still, […]
Peter McGuthrie
8 months ago

Stellantis Sets Sights on Tesla and China for its Second Year

Automaker Stellantis, which was formed from a merger between Fiat Chrysler and PSA Group, is entering its second year since becoming the world’s fourth-largest automaker by production, and the CEO says that’s just the beginning. Stellantis CEO Carlos Tavares is expected to reveal the company’s business plan on March 1, including plans to take on […]
Peter McGuthrie
8 months ago 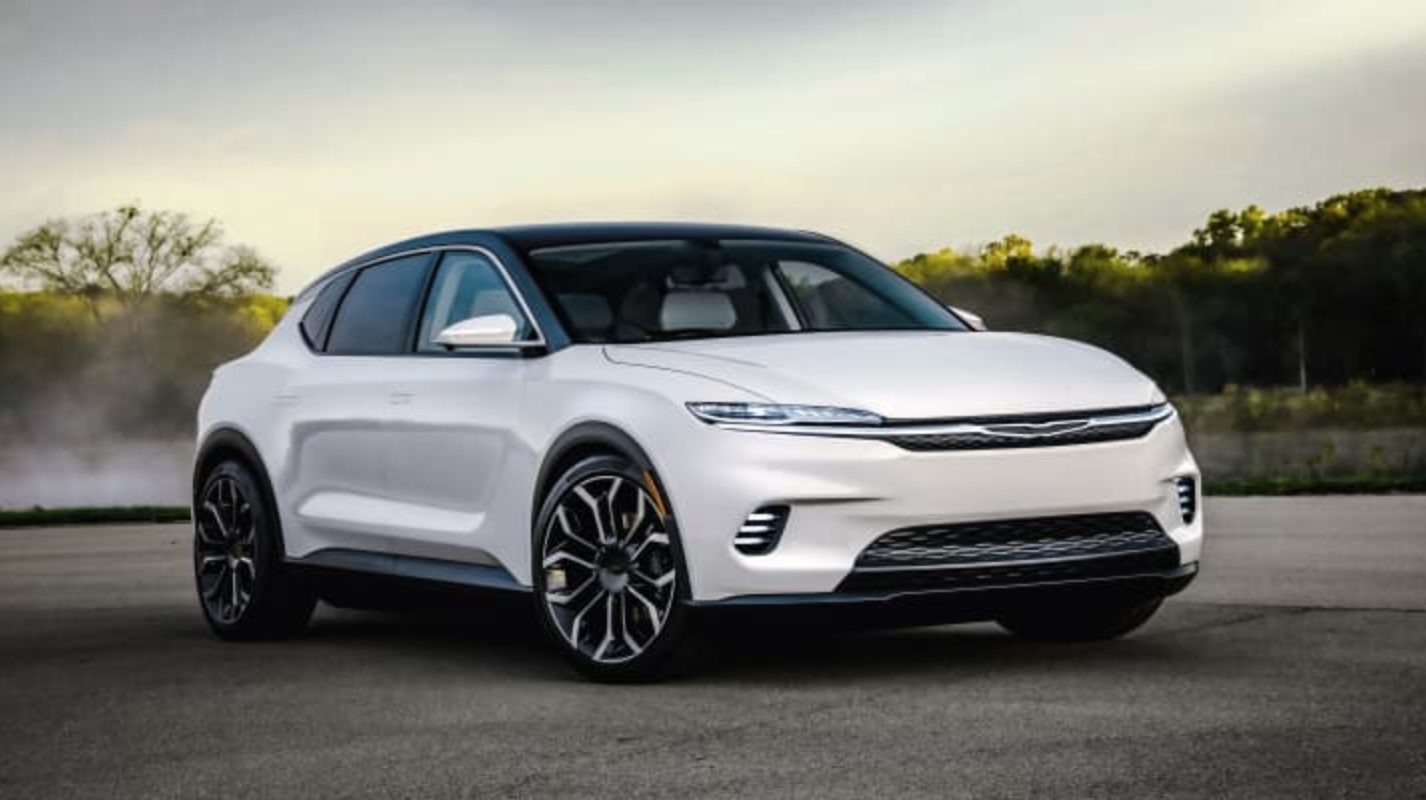 As electric vehicles (EVs) become the new standard for automakers going forward, one legacy automaker has joined the pledge to go electric in the years to come. Chrysler announced plans to go all-electric by 2028, beginning with an EV in 2025, as shown in a concept released by the company at the Las Vegas Consumer […]
Peter McGuthrie
9 months ago 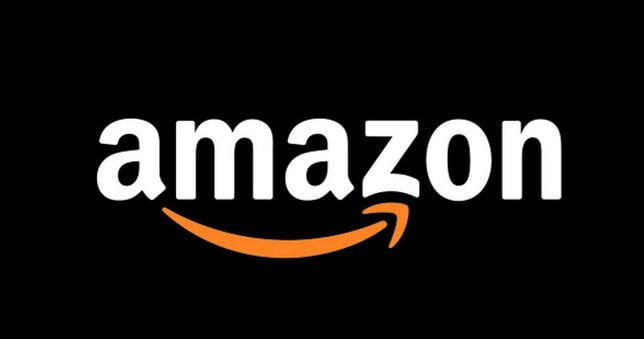 Amazon and Stellantis Partner on Software for Millions of Cars, Starting in 2024

Amazon and Stellantis announced a new partnership on Wednesday to develop a new in-vehicle experience for Stellantis’ upcoming vehicles through new software called STLA SmartCockpit, according to a press release. The SmartCockpit is set to Stellantis vehicles in worldwide markets beginning in 2024, with the platform set to include cloud services for integrating vehicle experiences […]
Peter McGuthrie
9 months ago