Kia is set to produce electric vehicles (EVs) in the U.S. starting in 2024, as reported by two South Korean news sources on Tuesday (via Reuters). The news was reported by South Korean publication Maeil Business Newspaper and the TV channel SBS, citing an industry source who remained unnamed. Kia didn’t respond to public comment […]
Peter McGuthrie
5 days ago 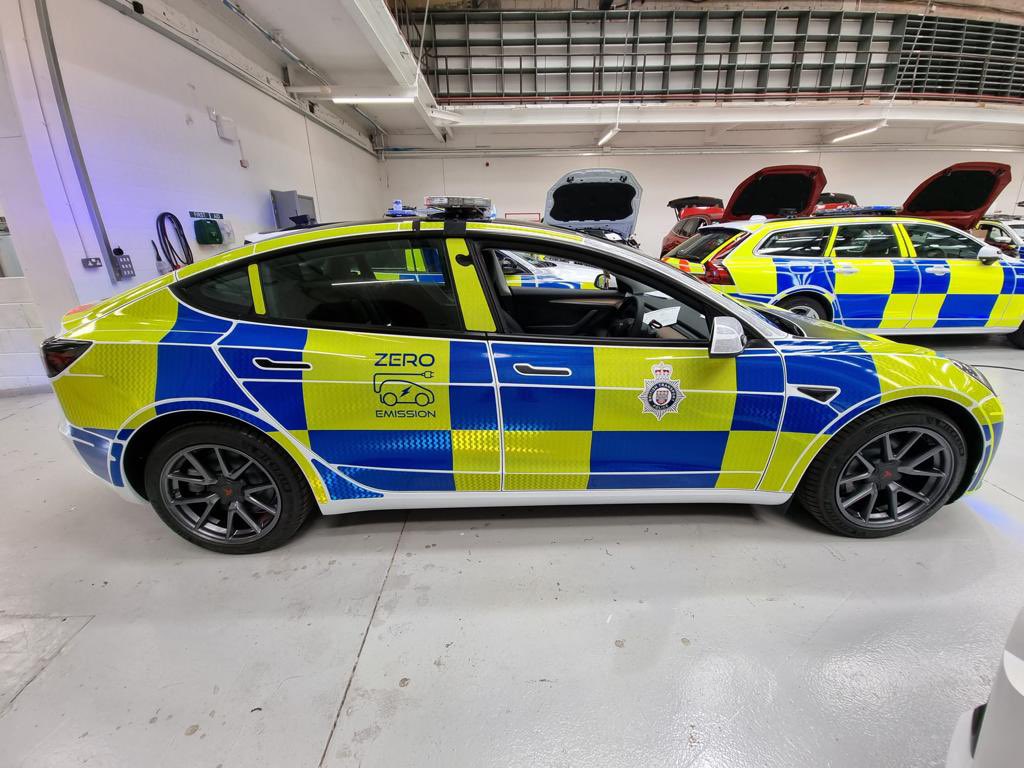 As the United Kingdom continued moving toward electric vehicles (EVs), the country’s police departments have also been trying out some new zero-emission options. The British Transport Police (BTP) has taken delivery of a Tesla Model 3 and a Kia EV6, according to a post from BTP Chief Constable @Lucy D’Orsi earlier this month (via The […]
Peter McGuthrie
2 months ago

Kia shared its sustainability roadmap on Wednesday at the 2022 CEO Investor Day virtual event, including plans to release several new battery-electric vehicles (BEVs) and a new autonomous driving mode in the years to come. Kia plans to unveil 14 BEV models by 2027, and it will deploy its autonomous driving mode “AutoMode” in 2023 […]
Peter McGuthrie
7 months ago

Kia America has announced the U.S. pricing for the 2022 EV6, the Hyundai subsidiary’s very first all-electric model, starting at $40,900 USD ($33,400 after the $7,500 federal vehicle tax credit). Originally teased by Kia in March 2021, the 2022 EV6 is an electric crossover powered by state-of-the-art, high-density lithium-ion batteries that allow for an EPA-rated […]
Nehal Malik
8 months ago

In a press release Monday, Kia unveiled the first official images of the EV6, the company’s first dedicated battery electric vehicle (BEV). Built on the company’s new electric vehicle (EV) platform, the Electric-Global Modular Platform (E-GMP), the company also announced that it would use the simple naming convention of starting all of its BEV vehicles […]
Peter McGuthrie
2 years ago

Kia Shares Rise as Apple Car Talks May Still Be On: Report

Over the past few months, rumors of a partnership between Apple and Hyundai – including affiliate company Kia – have made waves across the internet, seemingly leaving the deal in shambles. Friday Kia’s shares rose over 8% following a story from South Korean news site Chosun Biz which claimed that negotiations on a potential electric […]
Peter McGuthrie
2 years ago

Hyundai’s hopes to build an electric vehicle (EV) for tech giant Apple began to wane in recent weeks, and in a recent update, it appears the companies will no longer be pursuing a partnership. According to a regulatory filing from Hyundai and Kia, the company has said they “are not in talks with Apple over […]
Peter McGuthrie
2 years ago

Apple’s First Electric Cars Designed to Be Driverless, Made by Kia USA: Report

More details of Apple’s rumoured electric vehicle plans are emerging, with the latest from CNBC citing more details about the company’s reported relationship with Hyundai-Kia. Multiples sources claim Apple and Kia are close to finalizing a deal to assemble the iPhone maker’s electric vehicle at the latter’s West Point, Georgia plant. Earlier this week, Bloomberg […]
Sarah Lee-Jones
2 years ago

The electric vehicle (EV) market is still in its infancy, to be sure, but companies are already making some big moves to secure their spots in an all-electric future. Kia Motors, the affiliate company of Hyundai, saw its share prices surge 14.5% following announcements that Apple would be investing 4 trillion won ($3.6 billion USD) […]
Peter McGuthrie
2 years ago

In a press release Thursday, Kia announced the renewal of its brand purpose and strategy, also dropping the word ‘Motors’ from its corporate name to now simply be called ‘Kia.’ With the new change, it also announced a new slogan, “Movement that inspires,” and new goals to completely prioritize its Plan S – a long-term […]
Peter McGuthrie
2 years ago