Tesla appears to have upgraded the rear display on its 2023 Model S and Model X to a larger-looking display with thinner bezels. That’s according to an image shared by @JeffTutorials on Wednesday morning.

“Tesla has updated the rear screen in the 2023 Model S/X with much thinner bezels!”, said Jeff on Wednesday.

Tesla has updated the rear screen in the 2023 Model S/X with much thinner bezels! pic.twitter.com/u9HzD1Pu4F

You can see how the allegedly new rear screen size on the right, is larger than the original pictured on the left, in our side-by-side shown above.

At this time, we haven’t seen a second image of this alleged new rear display shared on the web yet. The original image was shared by Vlad Ionut of the Tesla Owners Club Romania on Facebook on Tuesday morning, suggesting this change is first happening with European Model S/X deliveries. “The new S/X has a bigger back screen,” said Ionut. 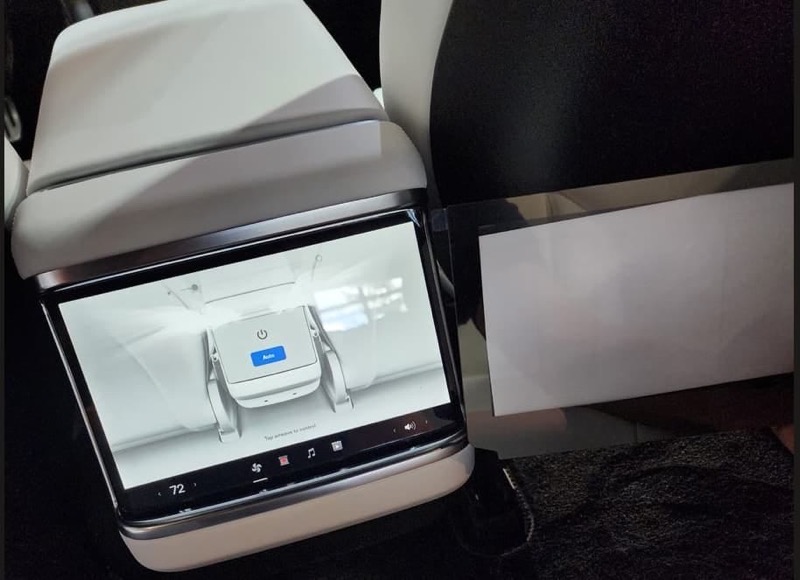 Have you seen a new larger rear display in your Model S or Model X? Let us know in the comments.

Tesla’s Model S and Model X electric vehicles (EVs) are sold out in Europe for the entirety of the first quarter of 2023, with estimated delivery dates for new orders being pushed to April-June from January-March (via @Tslachan).  $TSLA• Model S/X Europe's estimated delivery date has been changed from April to June. (Previously from January […]
Nehal Malik
4 days ago