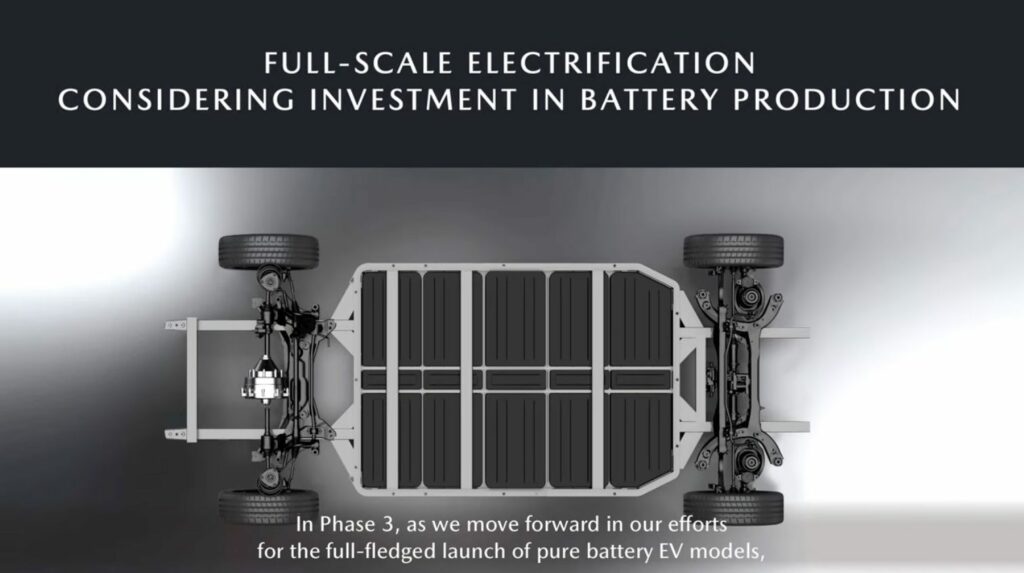 Automakers are going electric, and Mazda is just one such company making huge investments to help accelerate plans for electrification.

Mazda shared plans to spend $10.6 billion on electrifying its vehicles on Tuesday, and the company is considering an investment into battery production.

Similar investments have been made by rivaling Japanese automakers Toyota and Honda, which have previously faced scrutiny over not switching to EVs as quickly as green activists, environmentalists and investors want them to.

“We will promote the full-fledged launch of battery EVs and consider investing in battery production. We estimate Mazda‘s EV ratio in global sales to rise to a range between 25 percent and 40 percent as of 2030,” Mazda said.

Previously, Mazda was targeting a 25-percent EV ratio by 2030, though consulting firm Deloitte expects EV sales to land in between the automaker’s estimates at around 32 percent.

Akira Marumoto, Representative Director, President and CEO, gave a presentation regarding Mid-Term Management Plan Update and Management Policy up to 2030.

Phase 1 from 2022 to 2024 Mazda says they will “enhance tech development for the age of electrification.”

Phase 3 finally will take place from 2028 to 2030, which will be Mazda’s “full-scale launch of battery electric vehicles.”

The news comes just a few weeks after Mazda announced shifts to its EV strategy and brand purpose, with the automaker set to unveil a new EV platform by 2025.

Mazda plans to introduce battery-electric models during “the latter half of phase two” out of its three-phase plan, set to take place between 2025 and 2027. The automaker also plans to unveil a new hybrid system to improve the efficiency of its gas vehicles.

You can watch the full presentation below on Mazda’s EV plans–is 2030 too late compared to other automakers?

Other articles in the category: Mazda

Mazda is looking to unveil a new midterm plan for its electric vehicle (EV) strategy in November as it shifts to a “brand purpose” through 2030, according to a report from Automotive News. The Hiroshima-based automaker is set to announce its Q2 earnings on November 10, after missing plans to shift to an EV strategy […]
Peter McGuthrie
4 weeks ago