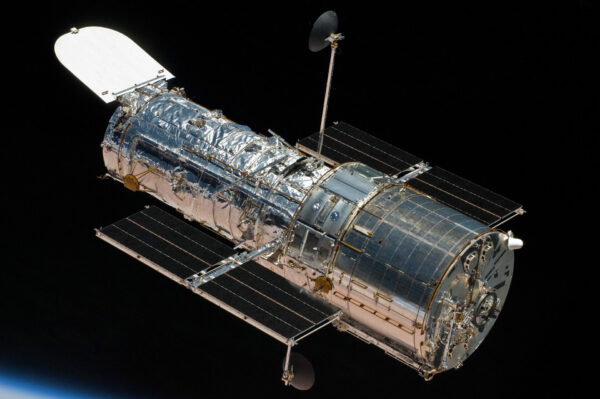 SpaceX and NASA signed a Space Act Agreement dated September 22 to study the Hubble Telescope for a potential reboot mission, as detailed in an announcement on Thursday.

The idea would potentially boost the Hubble Telescope to orbit at a higher altitude using SpaceX’s Dragon spacecraft for no extra cost to the government.

The plans don’t currently include funding for a servicing mission, but will rather study the telescope to determine any commercial viability. The study may take up to six months, says NASA.

SpaceX proposed the study in partnership with the Polaris Program to evaluate servicing missions and their technical challenges.

“This study is an exciting example of the innovative approaches NASA is exploring through private-public partnerships,” said Thomas Zurbuchen, an associate administrator for the Science Mission Directorate at NASA Headquarters in Washington D.C. “As our fleet grows, we want to explore a wide range of opportunities to support the most robust, superlative science missions possible.”

When Hubble reaches the end of service, NASA plans to return the telescope from orbit and dispose of it. While Hubble and Dragon will be the primary areas of focus for the study, NASA has also noted that the program isn’t exclusive — meaning other companies can also propose similar studies.

NASA and SpaceX plan to launch the Crew-5 mission to the International Space Station on Monday using the Falcon 9 booster.

Starlink, SpaceX’s low-Earth orbit satellite internet service, is offering increased internet access in many rural regions where residents do not currently have stable connectivity, and the company has just become operational in one new island country. SpaceX’s Starlink satellite internet is now available in Haiti, as the company has officially been registered as “Starlink Haiti […]
Peter McGuthrie
6 hours ago