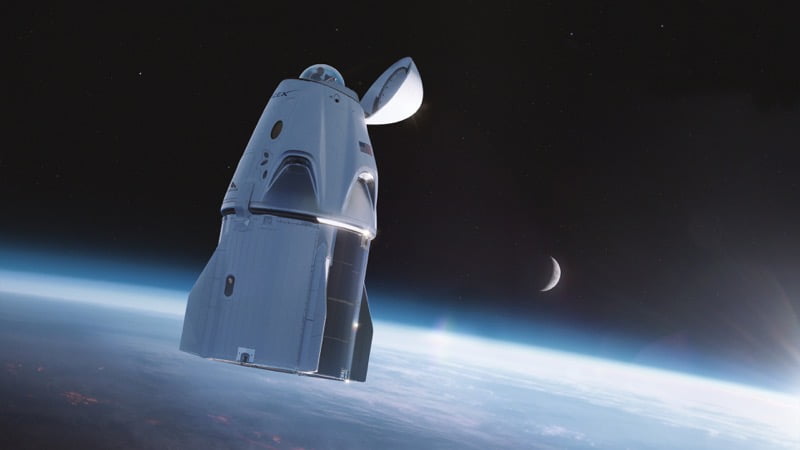 The U.S. National Aeronautics and Space Administration (NASA) on Thursday announced it has contracted SpaceX for an additional five crew transportation missions to and from the International Space Station (ISS).

NASA has selected Dragon for 5 additional @Commercial_Crew missions to and from the @Space_Station, which brings the total number of astronaut Dragon flights for NASA up to 14! https://t.co/IjHdp5io4R pic.twitter.com/XwjuxRt16s

“This is a firm fixed-price, indefinite-delivery/indefinite-quantity contract modification for the Crew-10, Crew-11, Crew-12, Crew-13, and Crew-14 flights. The value of this modification for all five missions and related mission services is $1,436,438,446,” NASA said in its announcement.

“The amount includes ground, launch, in-orbit, and return and recovery operations, cargo transportation for each mission, and a lifeboat capability while docked to the International Space Station. The period of performance runs through 2030 and brings the total CCtCap contract value with SpaceX to $4,927,306,350.”

As part of the missions, SpaceX ferries up to four astronauts — along with critical cargo — to the ISS aboard its Crew Dragon spacecraft and Falcon 9 rocket. According to NASA, these newly-bought SpaceX Crew missions will allow for uninterrupted U.S. capability for human access to the ISS until 2030.

NASA previously modified its contract with SpaceX in February to award the Crew-7, Crew-8, and Crew-9 missions to Elon Musk’s rocket company. SpaceX’s fourth crew rotation mission for the agency, the Crew-4 mission, launched back in April and is currently in orbit aboard the space station.

After SpaceX unveiled its Starlink RV mobile internet service earlier this year, one customer of the company is showing off the contents of the order. SpaceX’s Starlink RV internet kit was spotted being unboxed on Monday, showing the next-generation terminal as it comes from the company (via Reddit). The photo shows the RV kit sitting […]
Peter McGuthrie
4 hours ago