SpaceX to Launch Starlink V2 with Cellphone Service in 2023 [VIDEO] 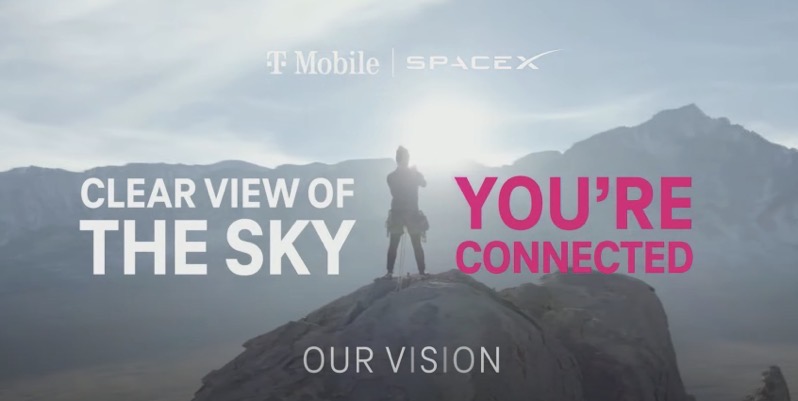 SpaceX and T-Mobile made a major announcement on Thursday evening—Starlink service for cellphones, leveraging the American carrier’s mid-band spectrum.

According to the live ongoing announcement, with the launch of Starlink gen-2 satellites, there will be worldwide cellphone service available, starting in 2023. Musk says this will eliminate “dead zones worldwide.”

Musk says this new service will “save lives”, thanks to the elimination of dead zones. “What we’re doing here is profound,” said Musk. “It’s incredible.”

T-Mobile says they are offering reciprocal roaming to all carriers worldwide. This means these carriers can jump on mid-band spectrum leveraging Starlink V2 no matter where they visit. 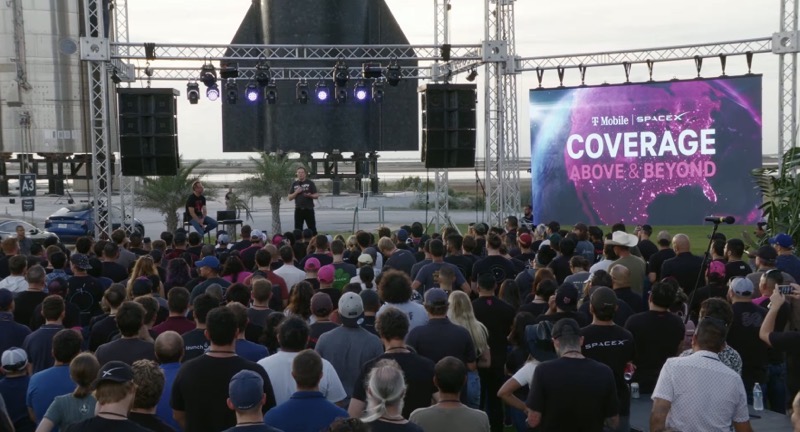 “This is an amazing thing that we’re unveiling, but I want to make sure it’s understood in the right context.” Musk says this service is meant for remote areas with zero cellphone connectivity. 1-2000 voice calls per large cell. “It’s not a substitute for ground stations,” but this is meant to provide “basic coverage” to areas that are completely dead, he says.

When asked if this service would benefit first responders, T-Mobile answered that next year with its messaging start, they should be able to handle thousands of messages, thanks to redundancy. There might be a lag during the beta phase, but commercial service will result instant messaging.

Musk says if an entire region or country lost connectivity due to severe weather, this Starlink cellphone service will still work.

As for how many users can be handled per cell zone? Musk said speeds would be 2-4 megabits per cell zone and handle 1-2000 simultaneous voice calls.

Check out the ongoing livestream below:

“We’ve always thought differently about what it means to keep customers connected, and that’s why we’re working with the best to deliver coverage above and beyond anything customers have ever seen before,” said Mike Sievert, CEO and president of T-Mobile, in a statement.

“More than just a groundbreaking alliance, this represents two industry-shaking innovators challenging the old ways of doing things to create something entirely new that will further connect customers and scare competitors.”

“The important thing about this is that it means there are no dead zones anywhere in the world for your cell phone,” said SpaceX Chief Engineer Elon Musk. “We’re incredibly excited to do this with T-Mobile.”

“Text messaging, including SMS, MMS and participating messaging apps, will empower customers to stay connected and share experiences nearly everywhere. Afterwards, the companies plan to pursue the addition of voice and data coverage,” explain both SpaceX and T-Mobile in a press release.

It’s been a couple of years since California introduced the idea of banning gas car sales, and the state has now officially set plans for phasing out the fossil fuel-burning vehicles. California voted to approve a ban on new gas car sales by 2035 on Thursday and is one of the first government entities to […]
Peter McGuthrie
1 month ago

As the world’s most valuable automaker Tesla heads into its stock split, the company’s shares are slightly dipping on the debut. Tesla’s 3-for-1 stock split kicked in on Thursday, and the automaker’s shares opened at $302 before dipping back to $293 in early trading hours, as reported by Reuters. The split is Tesla’s second in […]
Peter McGuthrie
1 month ago