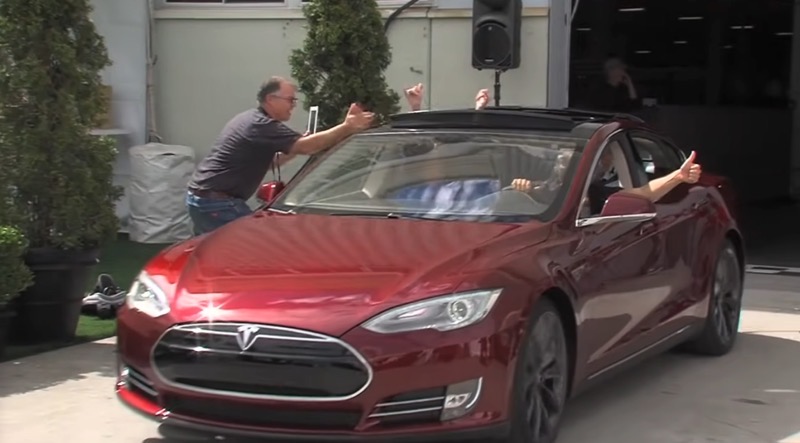 The electric automaker said on Wednesday morning, “10 years ago today, we delivered the first Model S to customers!”, and with it an image of its first sedan rolling out on the red carpet.

10 years ago today, we delivered the first Model S to customers! https://t.co/t5svA4zclm

Back in 2012, Tesla delivered 2,650 cars and a decade later, the electric pioneer is expected to deliver 1.5 million cars, growing its annual deliveries again year-after-year.

Watch the replay of Tesla’s Model S customer delivery event below from June 22, 2012, at its Fremont factory in California:

“What is the Model S really all about? It’s about breaking a spell. The world has been under the illusion that electric cars cannot be as good as gasoline cars. If you have to go with an electric car, you’re accepting a product that’s worse,” said Elon Musk at the event.

“The Model S is fundamentally about breaking that illusion—it’s showing that an electric car can be the best car in the world,” added Musk. “That’s what makes it really important,” said Musk.