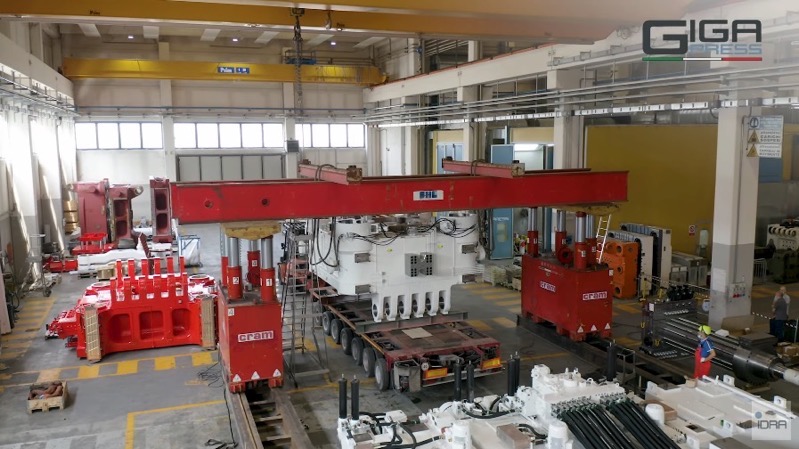 Italy’s Idra Group, the makers of Giga Press machines used by Tesla to stamp out parts for its vehicles, shared on Tuesday a new video detailing the “assembly of the Giga Press 9000t”.

A clip of the video was shared by Tesla insider @SawyerMerritt, to which Tesla CEO Elon Musk responded, “Cybertruck body.”

Check out the 1 minute and 22 second clip below:

Last week, Idra Group revealed video footage of its new 9000T Giga Press die casting machine and that it had three weeks to go. The video sparked speculation about whether this was for Tesla and if so, would it be used for the upcoming Cybertruck. Musk put that to rest on Tuesday afternoon.

Tesla will produce the Cybertruck at its new Gigafactory in Austin, Texas. During the company’s Q1 2022 earnings call, Tesla said they are “making progress on the industrialization of Cybertruck, which is currently planned for Austin production subsequent to Model Y ramp.”

The Giga Press utilized at the moment by Tesla allows the company to simplify manufacturing. The Model 3 body structure requires 171 pieces of metal, but the Austin-made Model Y body structure contains two pieces of die cast metal for the front and rear structures, resulting in 1,600 fewer welds, allowing the automaker to produce vehicles at a faster rate with fewer steps.

“Cybertruck is built with an exterior shell made for ultimate durability and passenger protection. Starting with a nearly impenetrable exoskeleton, every component is designed for superior strength and endurance, from Ultra-Hard 30X Cold-Rolled stainless-steel structural skin to Tesla armor glass,” explains the Tesla website.