Ford has decided to disable the “Phone-as-a-Key” feature in the F-150 Lightning, now being delivered to dealerships, with plans to re-enable the feature later this year via an over-the-air (OTA) software update — reports InsideEVs.

Phone-as-a-Key, as suggested by its name, lets F-150 Lightning owners use their smartphones to lock and unlock the all-electric truck, and even start it or open the liftgate. The feature is essentially Ford’s version of Tesla’s Phone key functionality.

“2022 F-150 Lightning vehicles equipped with the Phone-as-a-Key feature will require a software update to enable this feature,” Ford informed dealers in an internal bulletin. The company expects to start rolling out the OTA update in late summer 2022. 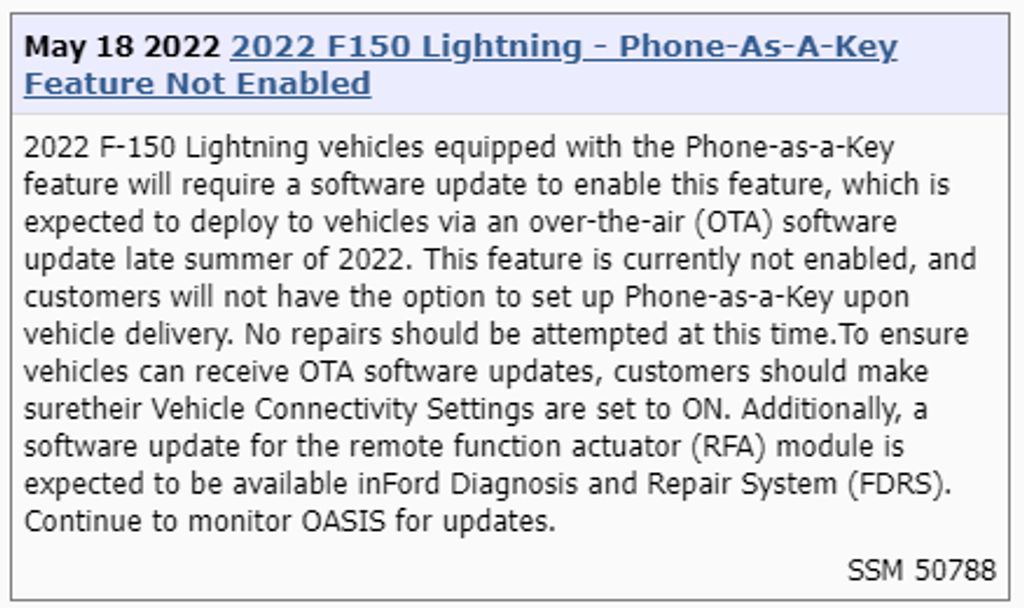 Ford also notified customers that the feature has been postponed and will be available later this year via a Ford Power Up software update. 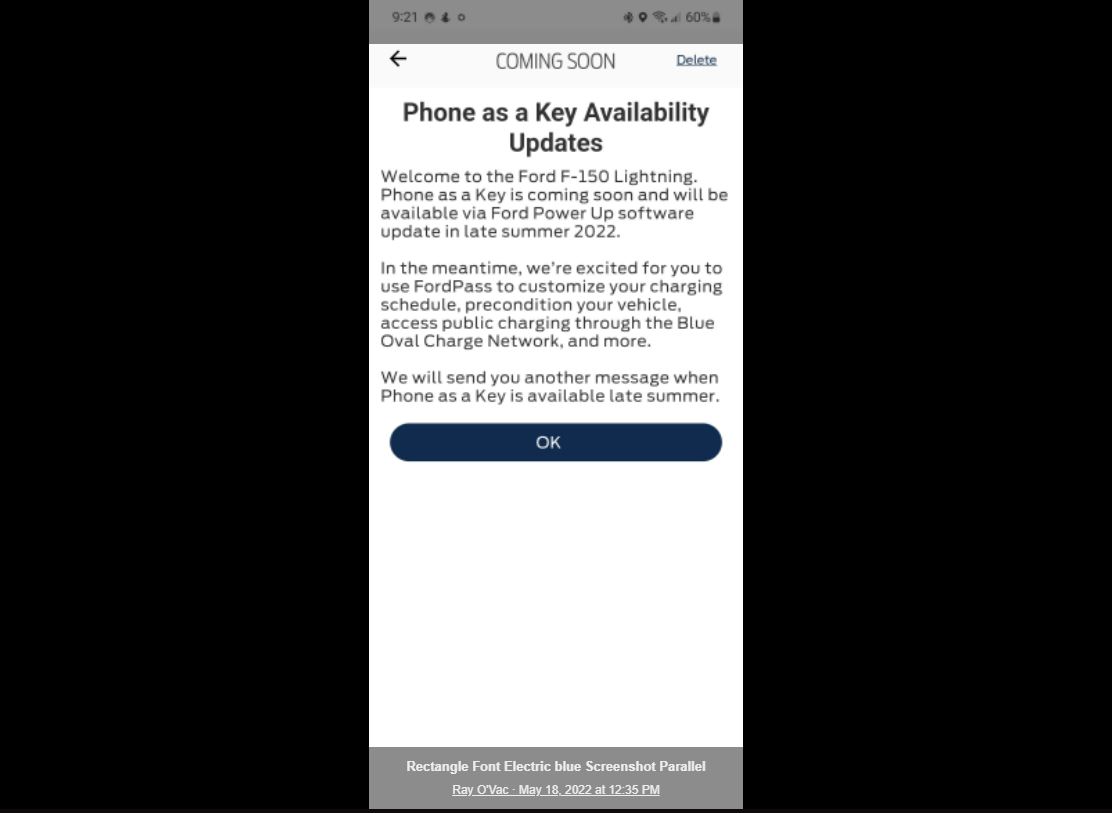 Ford didn’t say why it decided to pull the feature, but it may have been a precautionary measure against hacking. Hackers have been known to target digital key features on modern cars to gain access to them, and recent reports suggested Ford’s Phone-as-a-Key implementation was vulnerable to such attacks as well.

Phone-as-a-Key uses Bluetooth to establish a connection between your phone and your car, and you have to be within about 230 feet of the vehicle for it to work.

Ford told customers it would notify them when the feature becomes available later in the year. The F-150 Lightning went into production on April 26, with deliveries starting earlier this month.

Legacy automaker Ford has reached an important production milestone this week, showing that the company has been able to produce a sizable number of Mustang Mach-E units since it was introduced in 2020. Ford CEO @Jim Farley announced on Wednesday that the automaker produced its 150,000th Mustang Mach-E, ahead of the company’s plans to expand […]
Peter McGuthrie
4 days ago