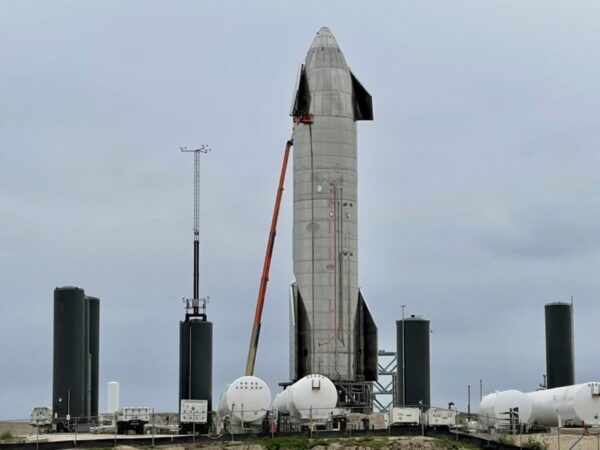 As SpaceX’s operations at its Texas launch center grow, so too do the company’s power needs, as depicted in new plans to increase the site’s solar farm.

SpaceX is expanding the on-site solar farm powering operations in Boca Chica, Texas by about 1.7 acres, according to documents seen by CNBC from the U.S. Fish and Wildlife Service (FWS).

The expansion represents a roughly 30 percent increase for a total solar land space of about 7.1 acres.

SpaceX has already begun the process of clearing and leveling the site for construction.

According to the documents, the construction process is expected to take place over the course of two years.

The new addition is also expected to add 750 kilowatts of power for 1.6 MWs of energy total, along with an additional battery system to offer as many as 8 MW-hours of storage.

Still, the site does use Tesla’s PowerPack batteries for energy storage at the site.

SpaceX became the official largest private employer in Brownsville, Texas last month,, with around $430 million in a new investment going to its Starbase facility in the town.

SpaceX and NASA signed a Space Act Agreement dated September 22 to study the Hubble Telescope for a potential reboot mission, as detailed in an announcement on Thursday. The idea would potentially boost the Hubble Telescope to orbit at a higher altitude using SpaceX’s Dragon spacecraft for no extra cost to the government. The plans […]
Peter McGuthrie
21 hours ago