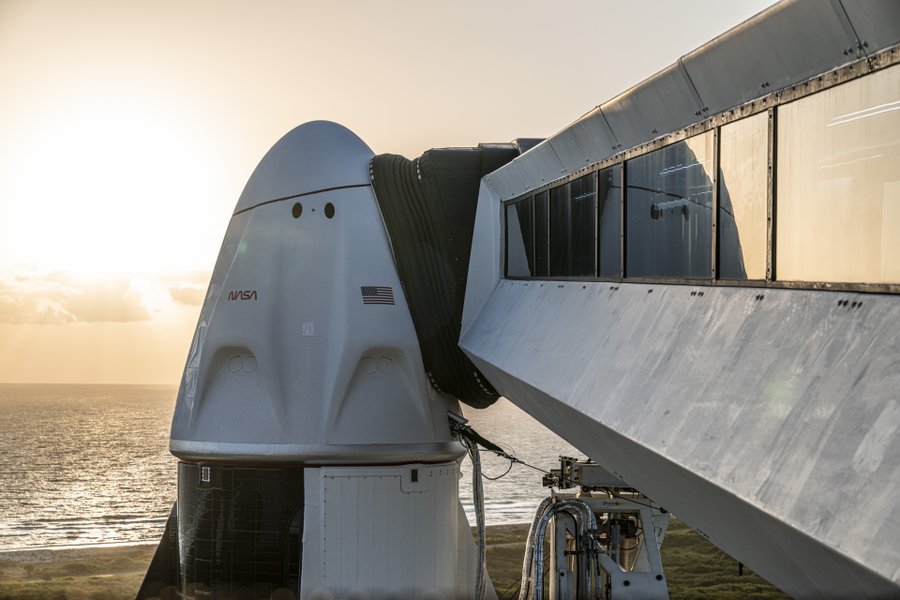 SpaceX is targeting a launch window of Wednesday, April 27 for its launch of Crew-4, a scientific expedition mission to the International Space Station, according to the company’s website.

The launch comes after SpaceX safely landed the Axiom Space crew aboard Dragon on Monday, which was the first all-private crew to visit the International Space Station.

The company is shooting for takeoff at 3:52 a.m. E.T., and is holding a backup window for launch on Thursday, April 28.

The launch will take place at the NASA Kennedy Space Center in Cape Canaveral, Florida, and will utilize SpaceX’s Falcon 9 booster and Dragon spacecraft.

You can watch SpaceX’s webcast of the liftoff starting around four hours prior to launch.

Weather is 90% favorable for tomorrow’s Falcon 9 launch of Dragon and the Crew-4 astronauts. Webcast will go live at 12:00 a.m. ET → https://t.co/X7abHvGtMp pic.twitter.com/oyB2bz6tuU

Following stage separation, the Falcon 9 booster will land on SpaceX’s droneship A Shortfall of Gravitas in the Atlantic Ocean.

The launch will mark the Dragon spacecraft’s fourth mission to the International Space Station.

On the orbital station, SpaceX says the crew will conduct more than 200 experiments in areas including materials science, health technologies and plant science to “prepare for human exploration beyond low-Earth orbit and benefit life on Earth.”

SpaceX also launched the NROL-85 mission earlier this month for the U.S. National Reconnaissance Office from Vandenberg Space Force Base in California.