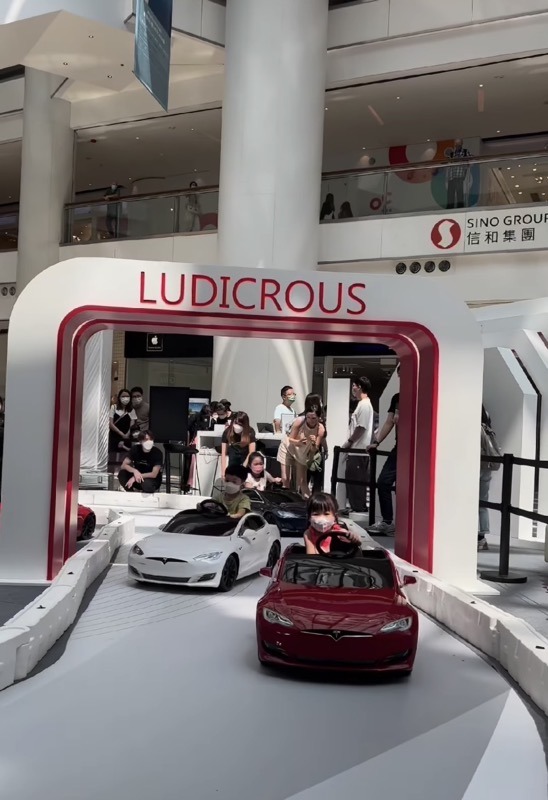 Tesla recently opened up a pop-up location in Hong Kong, China, located inside the ground floor of the Olympian City shopping center in West Kowloon, and shared a glimpse of the setup on its Instagram page (via @JayinShanghai).

The pop-up was aptly named “Meet Model Y” and on display were two Model Y vehicles and a Model 3. Tesla also created a mini race track for kids with a banner “Ludicrous”, allowing them to race mini Model S ride-on toys, complete with bumpers to keep the little ones corralled.

Also available at the pop-up were Tesla accessories, such as die-cast vehicle models, the company’s desktop USB Supercharger, water bottles, and clothing for kids and adults.

The pop-up aimed at promoting the Model Y in Hong Kong also included a selfie area with lightning bolts.

Back in July 2021, Tesla re-launched its Model Y Standard Range was brought back to life in Hong Kong, as the automaker debuted sales of the compact crossover SUV in the city, priced from $329,800 HKD ($42,462 USD) at the time.