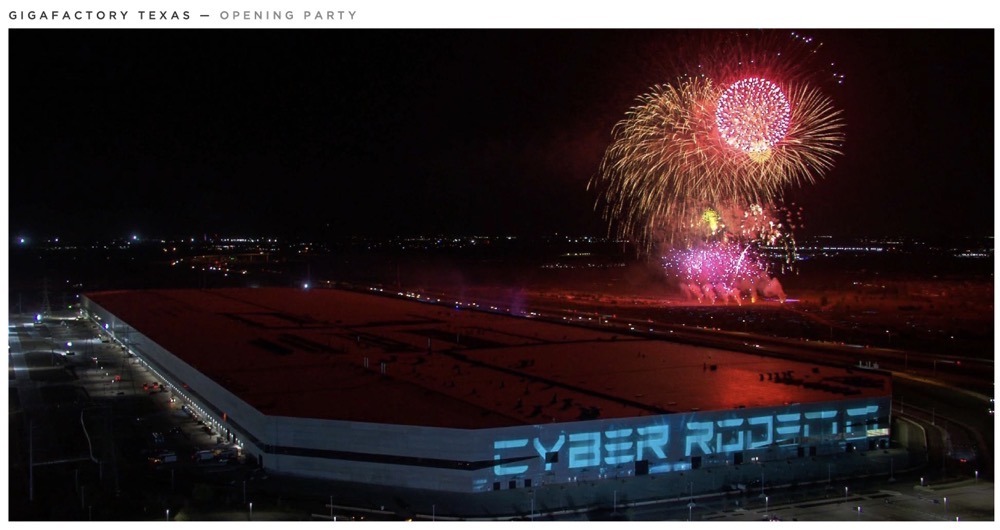 During Tesla’s Q1 earnings call, CEO Elon Musk announced the company will be making a new vehicle at Giga Texas—a dedicated robotaxi with no steering wheel or pedals.

Musk said Tesla plans to reach volume production of this autonomous robotaxi in 2024, that “will be a massive driver” of the company’s growth. It will have the lowest full considered cost per kilometre, taking everything into consideration. Musk said it will be a “very powerful product.”

The Tesla CEO said there would be other innovations around this robotaxi coming that are “exciting”.

It’s likely this robotaxi will of course be leveraging Tesla’s Autopilot with Full Self-Driving (FSD) capabilities. As it stands, FSD remains in beta and is still in development with a fleet of 100,000 testers, as revealed in a recent interview with TED’s Chris Anderson at Giga Texas.

Tesla said earlier today it plans to release FSD Beta to all U.S. testers by the end of this year. FSD Beta has already started trials for a smaller number of owners in Canada.

The Tesla Model Y has become a popular choice on EV car-hire service Evee in Australia, as reported by The Driven. The news makes Evee the first car-hire company to receive the Model Y in Australia, even beating out Hertz and Sixt — the latter of which already has the Tesla Model 3 and the […]
Peter McGuthrie
3 hours ago

Electric vehicles (EVs) are becoming more popular in Europe with each passing quarter, and a new milestone has been reached with one of Tesla’s EVs at the forefront. The Tesla Model Y led Europe’s EV sales year to date through August, with 7,011 units of the electric SUV sold in the month, according to CleanTechnica. […]
Peter McGuthrie
4 hours ago