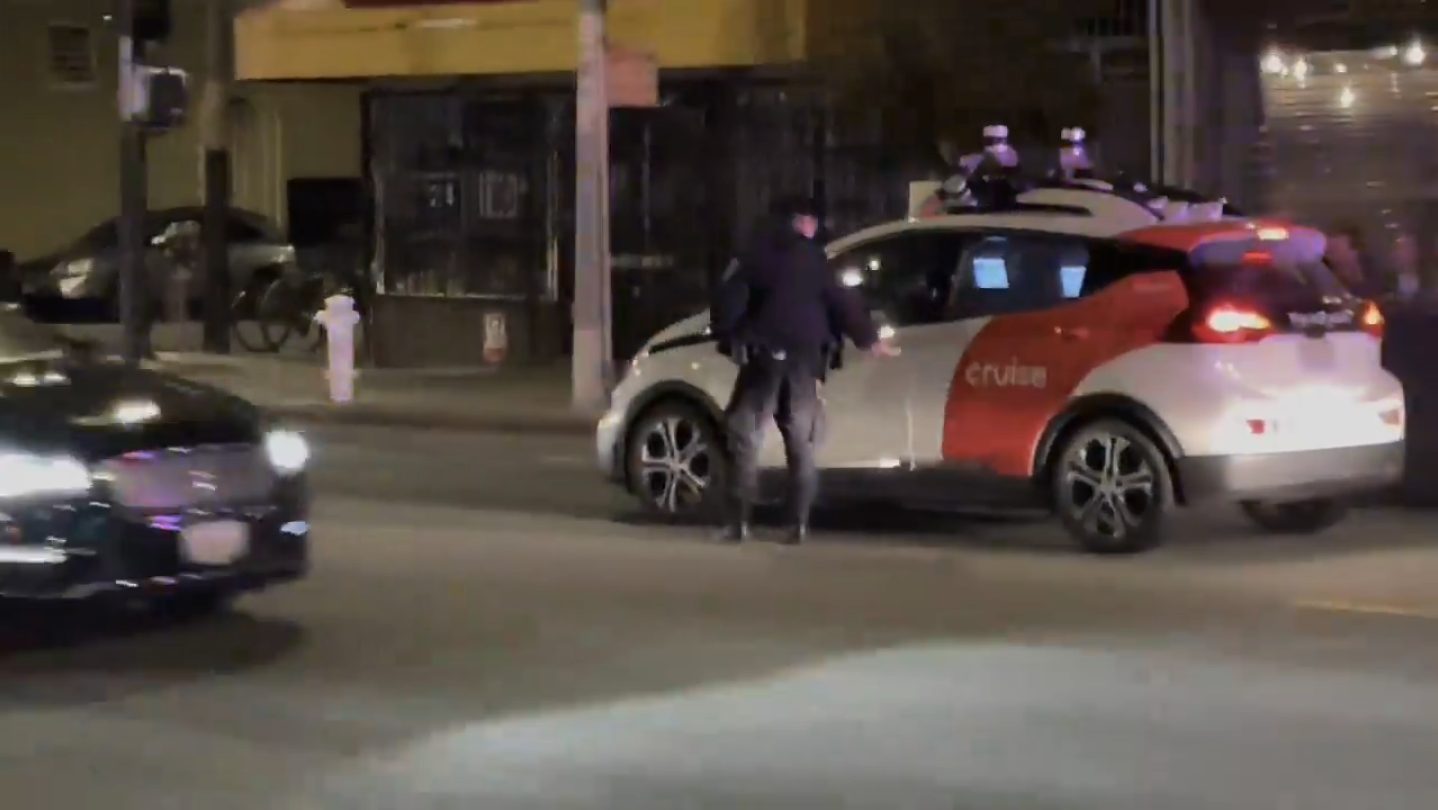 A Chevy Bolt retrofitted into an autonomous vehicle (AV) by General Motors Co. subsidiary Cruise was pulled over by the San Francisco Police last week, upon which the car bolted to a safe spot a few yards away (via Electrek).

The SFPD reportedly pulled the driverless car over because its headlights weren’t on at night. While the car yielded at first and an officer stepped out to examine it, the vehicle shortly “fled” across the intersection to what it deemed to be a safer location.

Check out a bystander’s video recording of the incident below (credits to Instagram user @b.rad916 for the original video):

Welcome to the future. Cop pulls over driverless car (because no lights?) Then Cruise goes on the lamb. (via https://t.co/mtmsIeOAUP) pic.twitter.com/ecQ5xXuSnS

Cruise responded to the incident via Twitter on Sunday, noting that the AV functioned “as intended” and merely moved to “the nearest safe location for the traffic stop.” GM’s autonomous driving technology subsidiary affirmed that an SFPD officer got in touch with Cruise personnel and that “no citation was issued” as a result of the traffic stop.

“We work closely with the SFPD on how to interact with our vehicles, including a dedicated phone number for them to call in situations like this,” added Cruise in a follow-up tweet.

We work closely with the SFPD on how to interact with our vehicles, including a dedicated phone number for them to call in situations like this.

Here’s a video from Cruise that discusses how the company’s autonomous cars interact with police and other first responders:

Cruise has been testing driverless vehicles in San Francisco since late 2020, with the company launching driverless car pickups in the city in November 2021.

General Motors (GM) is set to launch more than 15 electric vehicles in China by 2025, according to statements from the automaker during its Tech Day event on Tuesday in Shanghai. The EVs are set to be launched on GM’s Ultium drivetrain, and the company expects to have an annual production capacity of about one […]
Peter McGuthrie
2 weeks ago