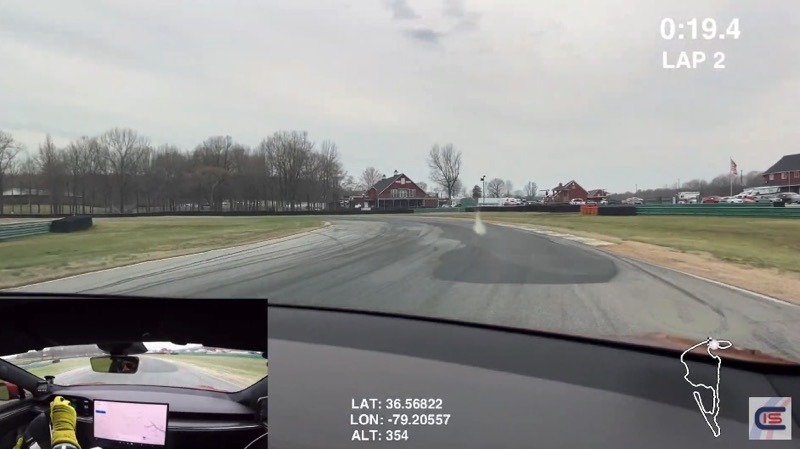 Now, Carmine’s Import Service has shared with Tesla North its video of the record Model S Plaid run, driven by Johan Schwartz. What’s impressive about the record run, which beat out last year’s winner, a 2020 Porsche Taycan Turbo S, is the fact the Model S Plaid was running on stock 21-inch Arachnid wheels with street Michelin 4S 300 treadwear tires, to go with factory suspension as well.

Check out the record run with in-car footage below, recorded on March 15, 2022:

The Model S Plaid set a record EV lap time of 2:50.675. It had an Unplugged Performance Carbon Ceramic Brake Kit installed but stock wheels and tires, and was able to come within 3/10ths of a track-ready BMW M5 CS.

Car and Driver has held its annual Lightning Lap at Virginia International Raceway (VIR) since 2006, testing out the newest cars to measure the best lap times around the 4.1-mile Grand Course circuit.