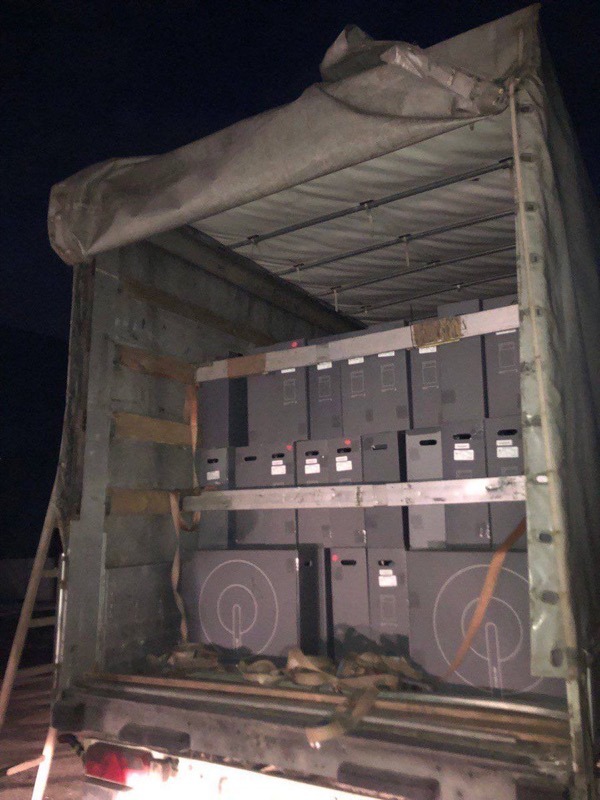 After requesting to Elon Musk for Starlink satellite internet access for Ukraine, the SpaceX CEO responded a mere 10 hours later to say the service was active in the country, while also adding more terminals were coming.

On Monday, Mykhailo Fedorov, Ukraine’s Vice Prime Minister and Minister of Digital Transformation, shared a picture of a truckload of Starlink terminals arriving in the country, currently under attack by Russia.

Pictured are at least 29 boxes representing original Starlink terminals, that allow for connectivity for satellite internet, from SpaceX’s constellation of Starlink satellites orbiting the globe.

“Starlink—here. Thanks, @elonmusk,” said Fedorov. Musk replied just moments ago with, “you are most welcome.”

You are most welcome

With a Starlink terminal, Ukraine will be able to connect to satellite dishes in low Earth orbit, and remain connected online. The Starlink hardware includes a satellite dish, that connects to a wireless router. All that is needed is a standard wall plug for power.

With Starlink internet, Ukraine will be able to remain online, as communications remain under attack from Russian military and bombing.

SpaceX has launched a new feature for the Starlink app version 2023.03.0 called “sleep schedule,” which is intended to help save energy during normal sleeping hours (via @Nathan Owens). The feature toggles a power-saving mode, causing the dish to report an outage reason as “Sleeping” during the pre-set hours. The update also included the addition […]
Peter McGuthrie
20 hours ago

SpaceX launched 56 Starlink satellites on Thursday morning via its Falcon 9 booster, with a payload weighing over 17.4 metric tons making it the heaviest payload ever flown on the latter. On Thursday, January 26 at 4:22 a.m. ET, Falcon 9 launched 56 Starlink satellites to low-Earth orbit from Space Launch Complex 40 at Cape […]
Peter McGuthrie
20 hours ago