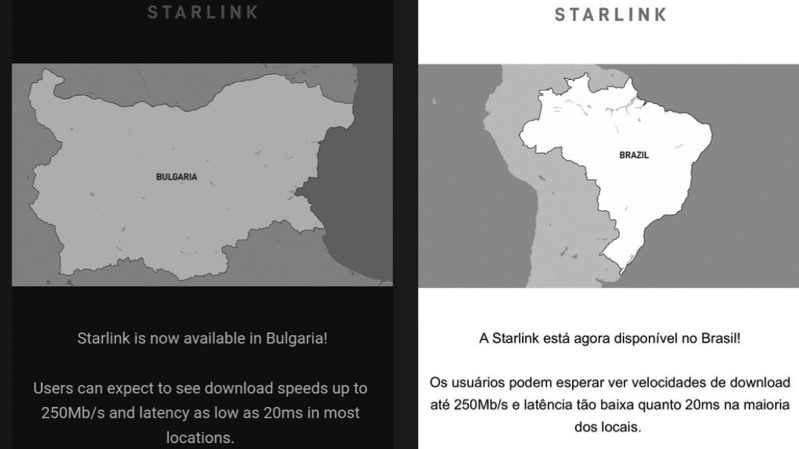 SpaceX has launched its Starlink satellite internet in Bulgaria and Brazil, according to recent emails sent out to customers.

An email of Starlink’s launch in Bulgaria was shared by Tesla insider @SawyerMerritt, and a similar email by Cesar Parzianello in Brazil. Earlier this month, SpaceX received its license to operate in the South American nation.

The emails note the launch of Starlink, and details expected download speeds of up to 250 Mbps and latency “as low as 20ms in most locations.”

Prospective customers are told to visit Starlink.com to check for coverage in their area.

SpaceX CEO Elon Musk recently stated there are now over 250,000 Starlink customers. The company plans to launch another batch of Starlink satellites into orbit on Friday, February 25, 2022.

Elon Musk and Brother Said to Be Under Investigation by SEC: Report