Tesla Cybertruck is a ‘Huge Leap into The Future’, Says Joe Rogan

Famous podcaster and comedian Joe Rogan saw the Tesla Cybertruck in person this week, and he reported back with high reviews of the unreleased vehicle. 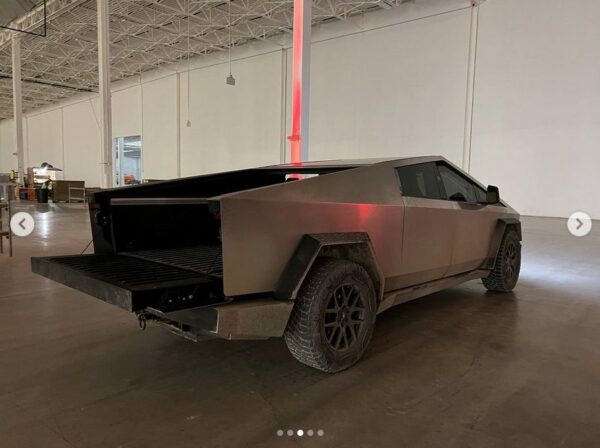 Rogan shared photos of the Tesla Cybertruck on Instagram on Thursday, going on to call the electric truck a “huge leap into the future.” The pictures look to be taken at Giga Texas yesterday, where Elon Musk on site for Tesla’s Q4 2021 earnings call. 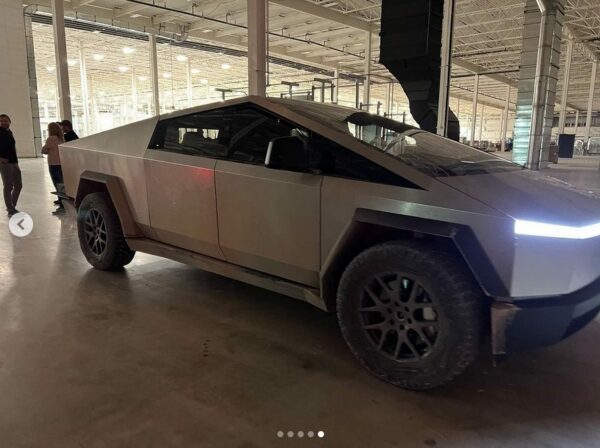 In the post, Rogan wrote, The Cybertruck is the coolest car I’ve ever seen in my life. Insanely attractive in real life, and feels like a huge leap into the future.”

Still, the Tesla Cybertruck officially will not launch in 2022, as noted in the automaker’s Q4 Earnings Call on Wednesday – also substantiating a rumor from an unnamed source earlier this month.

Rogan and Tesla Head Elon Musk have also famously been friends over the years, with Rogan hosting Musk on a number of his podcast episodes. Rogan also lives in Texas, like Musk.

Musk is also on the Board of Directors for Endeavor Group, the media company that represents Rogan.

Recently, Rogan has been facing criticism over spreading vaccine misinformation, with activists calling on Spotify to remove his show from the platform.

Historic musician Neil Young threatened to remove his music from Spotify unless the company removed Rogan’s, though Young’s music was later removed from the platform instead.

Yesterday, Tesla announced on its earnings call the Cybertruck would be delayed to 2023, due in part to the chip shortage and parts shortage at the moment, affecting the entire auto industry.

Tesla’s chief designer, Franz von Holzhausen, gave an interview with CNBC from the company’s current exhibit at the Petersen Automotive Museum in Los Angeles. Von Holzhausen discusses the Cybertruck, how he got hired at Tesla and also having Elon Musk as a boss. As for Cybertruck, he says it is a rare moment “where form followed function […]
Sarah Lee-Jones
4 days ago