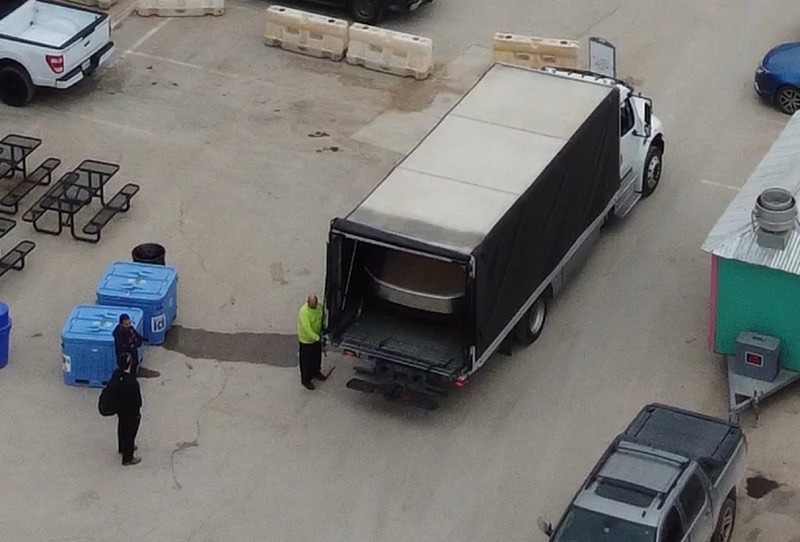 On late Sunday we saw what appeared to be pictures of Tesla’s latest Cybertruck design, and now it’s safe to say we’re seeing the latest look at the company’s new electric truck.

According to drone pilot Joe Tegtmeyer, he spotted the Cybertruck unloading at Tesla’s Gigafactory in Austin, Texas, on Sunday, January 23, 2022.

“Cybertruck arrives at Giga Texas on 23 Jan 2022! It appears this is part of Tesla’s Financial Results presentation upcoming on the 26th. Should be an exciting meeting with lots of product and timeline updates! You can see the arrival at 10:40 in my YouTube video,” said Tegtmeyer on early Monday morning.

Replies to Tegtmeyer show two video walkarounds of the Cybertruck seen yesterday, showing its new design, as per videos shared to a Facebook group and then to Twitter by @JSchimberg:

From a group on FB pic.twitter.com/jsu6aBFwBG

A longer video of the Tesla Cybertruck can be seen below:

While we do see a single wiper blade, Tesla CEO Elon Musk previously stated that design won’t be part of final production.

Design changes include what looks to be a fingerprint reader like the new Tesla Roadster, while the front repeater camera has a new smaller design. The frunk looks shortened, while a bumper air intake is now part of the rear design.

We should expect more news and updates about Cybertruck this week when Elon Musk provides a product roadmap update at Tesla’s Q4 earnings call on January 26.