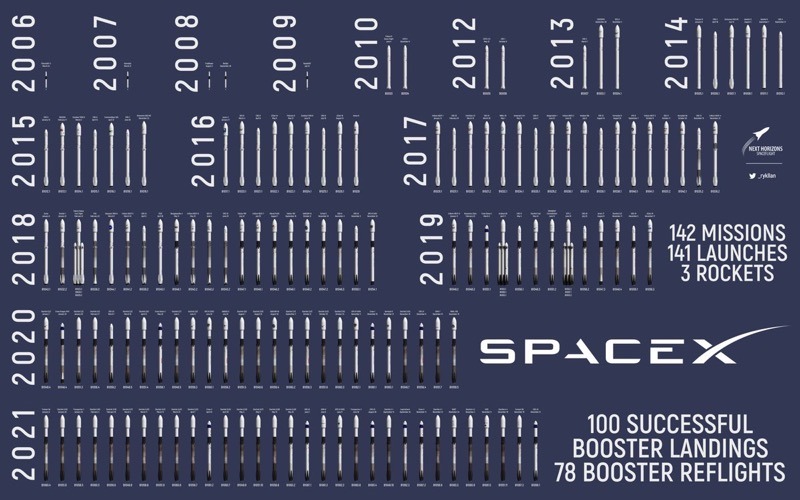 All #SpaceX's launches in one picture. From 2006 to 2021. Launch with its mission name, date, rocket visualization & booster number.#Falcon9 #FalconHeavy #Space pic.twitter.com/rUhEQx0iYC

The cool graphic covers 142 missions, 141 launches and details three rockets. You can click here to download the full-sized PNG at 5.4 MB. This image belongs on a framed print somewhere!

Back on October 24, 2020, SpaceX completed its 100th successful flight since Falcon 1 first flew to orbit in 2008, and shared a commemorative video. We may likely see a compilation video showing 100 successful booster landings soon as well.