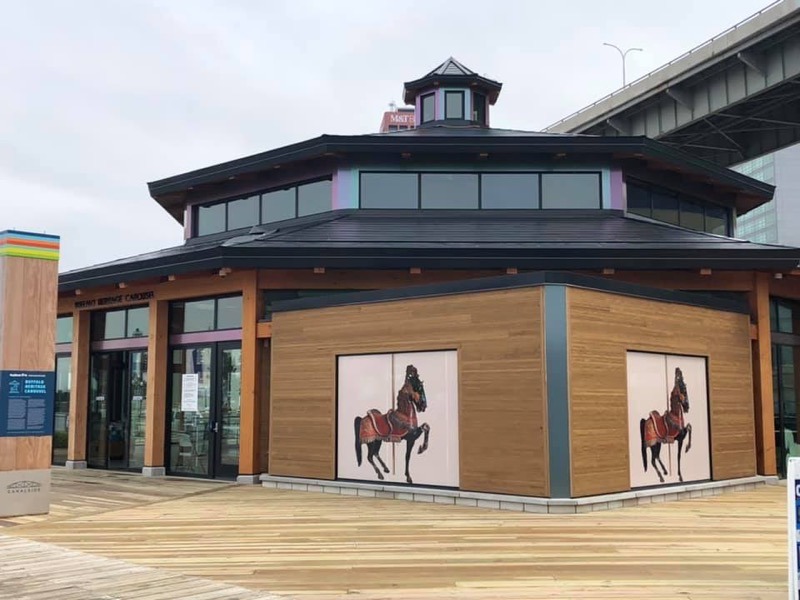 Back in October 2020, Tesla quietly donated a solar roof to power the Buffalo Heritage Carousel in New York.

At the time, Laurie Hauer-LaDuca, president of Buffalo Heritage Carousel (BHC), said “With the support of Tesla, this rare and historic carousel will be powered by the sun and offer a new family recreational and educational attraction located along the boardwalk.”

Tesla has a relationship with New York and the Buffalo area, as the solar tiles on the carousel’s roof are made at the company’s factory in RiverBend. Each solar tile is stamped, “Assembled in Buffalo, NY, USA.”

On Monday, Tesla shared a short video, which looks to have been filmed by drone, showing off the new solar roof on top of the Buffalo Heritage Carousel.

The donation value of the solar roof is roughly $150,000 USD, as noted by Buffalo Heritage Carousel’s capital campaign director last fall. While the organization was seeking estimates for solar roof installations, Tesla stepped up with its quiet donation.

As of mid-June of this year, 13,000 people have ridden the carousel powered by the sun, after it first opened at the end of May. Since the launch of the solar-powered carousel, other educational initiatives have popped up on and off the site, educating students in the area about green initiatives.