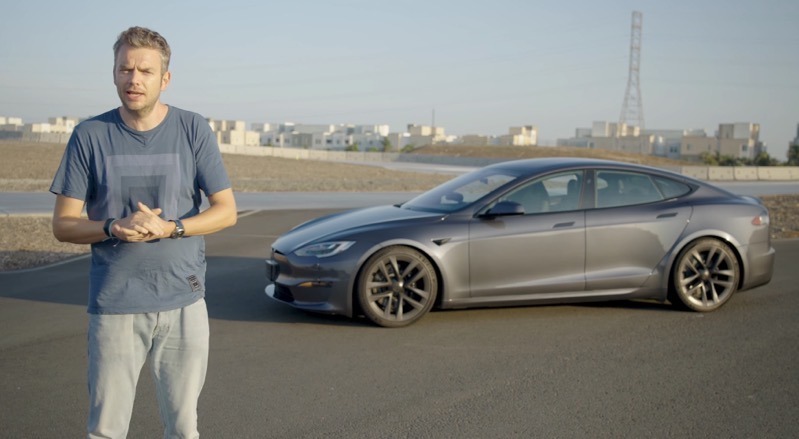 Edmunds has published its full review of the 2021 Tesla Model S Plaid, and it’s a controversial one, like how it describes the electric car itself.

Reviewer Alistair Weaver puts the Model S Plaid through its paces and praises the vehicle for its straight line performance, which is “like a good old American muscle car”.

But Weaver says the car is “way too fast” for a twisty circuit and said he fails to see the benefits over the Model S Long Range which costs $40,000 USD less.

However, Jonathan Elfalan, senior manager of vehicle testing at Edmunds, appeared more impressed with the Model S Plaid. After taking the car down a 0-60 mph test, he said, “This is by far the fastest and most breathtaking acceleration I have ever experienced, in any car I have ever driven so far,” noting he was left “completely breathless” on the first pass.

While Weaver says the Model S Plaid is the fastest car Edmunds has tested, he noted the Model S Plaid took 4 feet more than a BMW M5 when it came to braking, plus the car did not hit its estimated EPA range, only missing it by 3 miles (348 miles but was tested at 345 miles), in a full battery to 0% test.

Edmunds is owned by CarMax.

Since 1996, it has operated new vehicle dealerships for Chrysler, Mitsubishi, Toyota and Nissan in addition to its used car centers.

As of early 2021, all but the Toyota dealership has shut down.

Is it any wonder they’re pissed at Tesla?

Compared to the Model 3, which is available for more people to purchase due to its price point, Edmunds boldly concludes, “This by contrast, is just a marketing exercise designed to create attention for an aging car, and to satiate the egos of multimillionaires in cocktail bars. Really, it’s only good for 1 thing—and that’s drag racing.” Crikey.