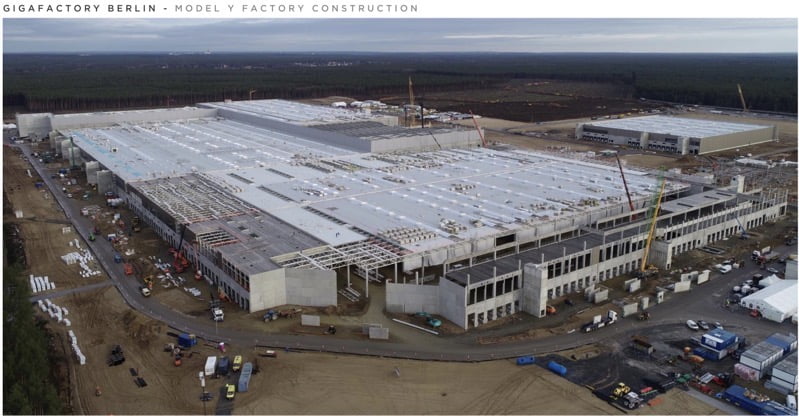 Tesla will receive subsidies for its German Gigafactory in Berlin, but the decision on just how much won’t come until the end of the year.

The news comes from a German economy ministry spokesperson on Sunday, speaking to Reuters.

Back in January, the European Union approved a plan to give state aid to automakers such as Tesla and BMW, to support electric vehicle battery production, a move to reduce reliance on imports from China.

The EU’s $3.45 billion USD plan, known as the European Battery Innovation project, has subsidies planned for over 40 companies.

Tesla’s battery cell factory to complement its Gigafactory in Gruenheide near Berlin, will see 5 billion euros in investment, says the German economy ministry.

According to daily German newspaper Tagesspiegel on Sunday, Tesla is said to receive 1.14 billion euros, seemingly corroborating a previous report from Business Insider in February, which claimed the company was set to receive 1 billion euros.

According to the economy ministry spokesperson, no final amount has been decided as talks are still ongoing.

Tesla CEO Elon Musk previously stated he hoped the first production of electric vehicles from Giga Berlin would begin in October or after. The American automaker has long said it has been dealing with red tape for its German factory, leading to the latter’s delayed opening.