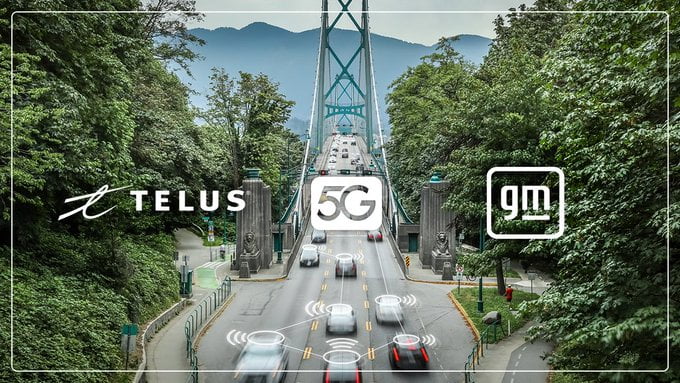 General Motors announced on Wednesday it has partnered with Canadian wireless carrier Telus for 5G connectivity for its current automobiles and upcoming electric cars.

The new agreement will apply to existing 4G LTE-equipped model year 2019 and newer vehicles, such as Chevrolet, Buick, GMC, and Cadillac owners, as they transition to the Telus network.

“Connectivity is already transforming the ownership experience for our drivers, and that trend will accelerate with our next-generation offerings,” said Scott Bell, president and managing director of GM Canada, in an issued statement.

“As we move to 5G, GM will introduce a range of new convenience and entertainment features as well as new driver-assistance technologies on our journey to zero crashes and zero congestion. Working with TELUS, we can develop and foster much of that innovation right here in Canada,” added Bell.

GM says the first vehicles with built-in Telus 4G LTE and 5G connectivity are expected to be introduced in the 2025 model year. The partnership will “meet the unique needs of an all-electric and autonomous vehicle future,” says both companies.

This is the first partnership with a domestic telecom to bring connected vehicle services for Canadians, explained GM.