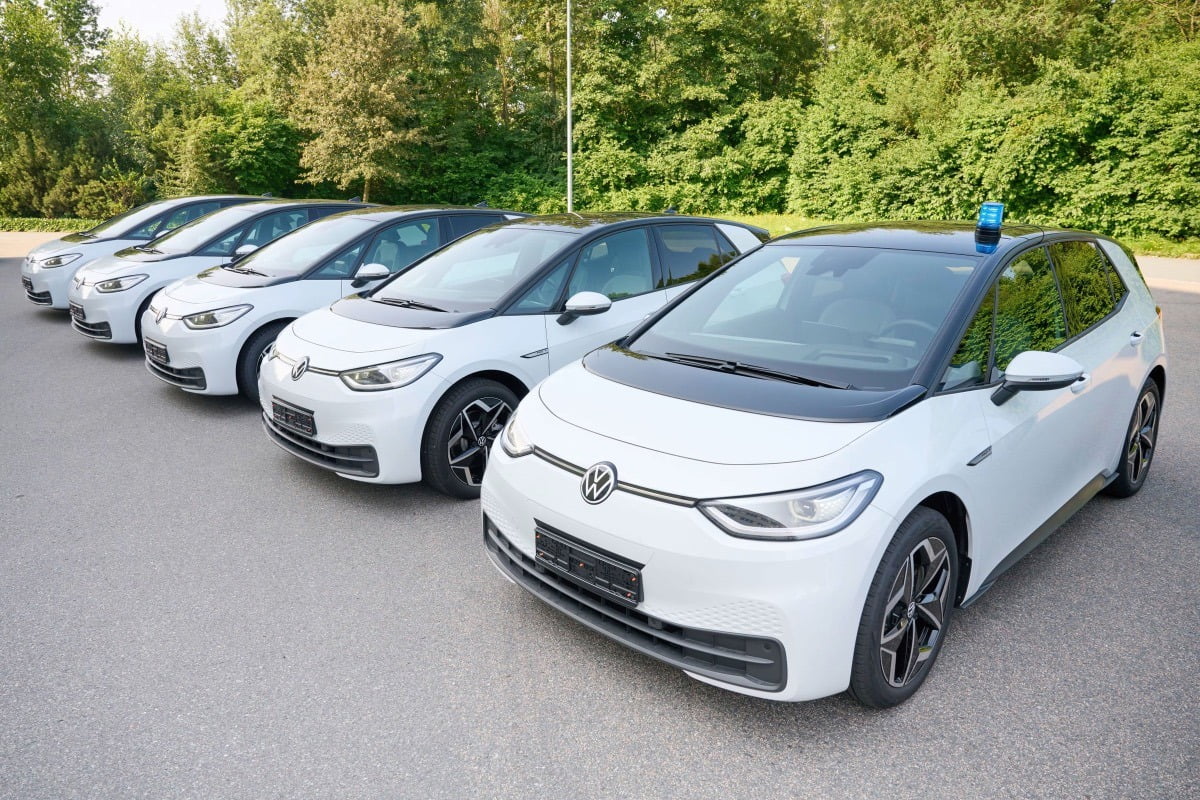 A number of police departments around the world are making moves to go electric, and one new German department now joins them with a wide range of new Volkswagen cruisers.

Volkswagen has delivered 215 fully-electric ID.3s and 175 hybrid Passat GTEs to Lower Saxony Police in Germany, according to a press release on Monday.

The first 10 ID.3s were shared with the public on Tuesday at a press conference at the Central Police Directorate of Lower Saxony in Hanover.

The vehicles add to a number of electric police cruisers around the world and in Europe, with Vienna police recently announcing tests of Volkswagen’s ID.3 and ID.4. Head of Volkswagen Germany Holger B. Santel hopes that the addition can help set a precedent for other departments to move towards lowered emission vehicles.

Thanks to Tesla North reader Matteo Bramucci for the tip.