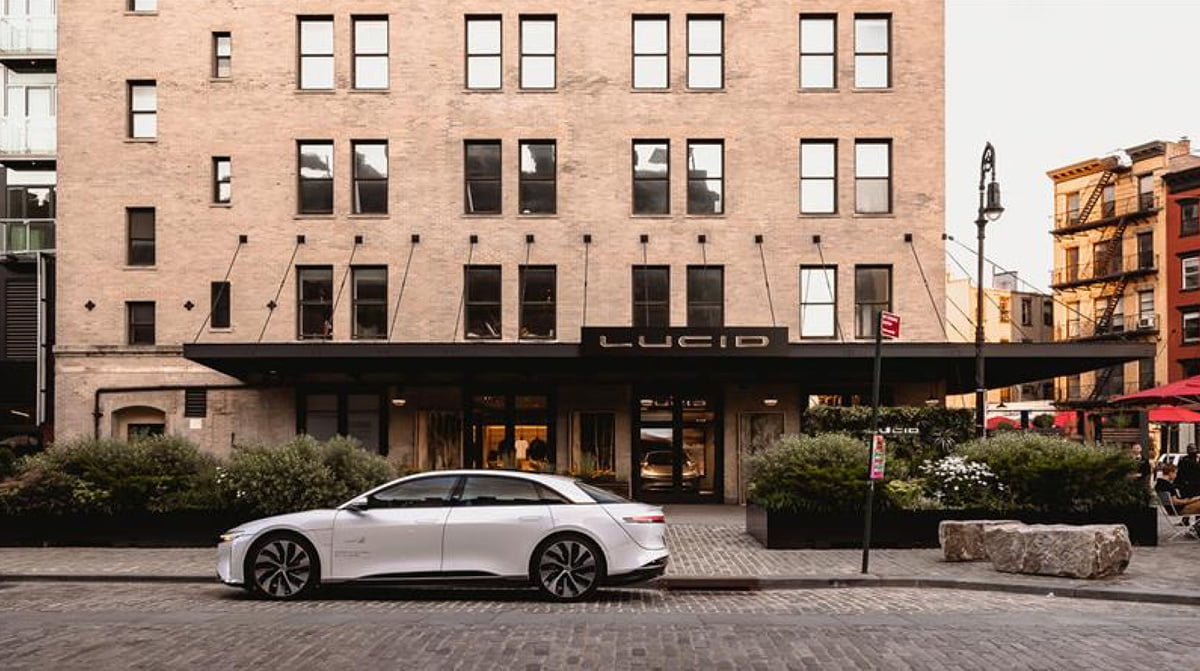 Lucid Motors unveiled its minimal dashboard last month, and despite earlier reports that CEO Peter Rawlinson was unsure of hitting 20,000 cars produced by 2022, the company has already received half that many preorders.

Lucid Motors has reached 10,000 reservations for the Lucid Air electric sedan, following its announcement that it will close on a reverse merger with Churchill Capital Corp IV (CCIV) on July 23 after a July 22 shareholders vote, according to Yahoo Finance.

Rawlinson told Yahoo Finance in an interview, “Our [Air] reservations have just exceeded 10,000.” Rawlinson continued, “They are bona fide reservations with appropriate deposits. Some people have even paid over a $7,000 deposit.”

Lucid Motors and Others Buy Ads on SNL to Keep Up with Tesla https://t.co/iIXg6KAGNn

Initial deliveries of the Lucid Air are expected to take place in the latter half of 2021, with Lucid completing its first AMP-1 production facility in Casa Grande, Arizona earlier this year. In addition, the company opened its first New York City studio earlier this month.

Stating hopes to compete more closely with Tesla, Rawlinson also emphasized that the electric vehicle (EV) race is a “technology race,” with Tesla as the one and only “runner in the tech race.”

“We have world-class technology,” Rawlinson said. “And we aim to make this a two-horse race.”

Also on Wednesday, Lucid announced the opening of its first location in the northeastern United States in New York City, in the heart of the Meatpacking District.