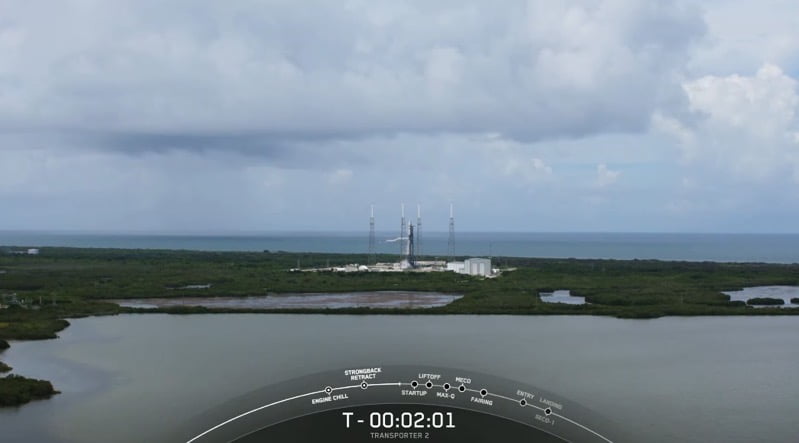 SpaceX has launched its Transporter-2 mission with Falcon 9 taking its 85 commercial and government spacecraft into orbit, which includes 3 Starlink satellites.

Check out the live launch below happening right now, from Space Launch Complex 40 (SLC-40) at Cape Canaveral Space Force Station in Florida, with the landing set for Landing Zone 1 (LZ-1), back at its liftoff site.

Wow, look at this spectacular landing on land: